Report: NY roads among the worst in the country

ROCHESTER, N.Y. (WHEC)— Heads up there, drivers, New York State roads rank among the worst in the nation, at least, according to the newest edition of an annual highway report.

The report by Reason Foundation, a non-partisan think tank, ranked NY roads 46th in the country. The organization ranks states based on road conditions and cost-effectiveness, among other areas. The state was at 44 last year.

New York ranks in the bottom 15 nationally in 10 of the report’s 13 metrics. The study says the state spends more than $373,000 a mile of state-controlled road, more than every state except New Jersey.

Additionally, some of the bridges you drive over every day were found to be 40th in the country in terms of being "structurally deficient." News10NBC has looked at bridge issues before, as state leaders said billions of dollars will be going towards road and bridge repair as part of the infrastructure bill signed into law by President Biden.

The report offered up a solution. 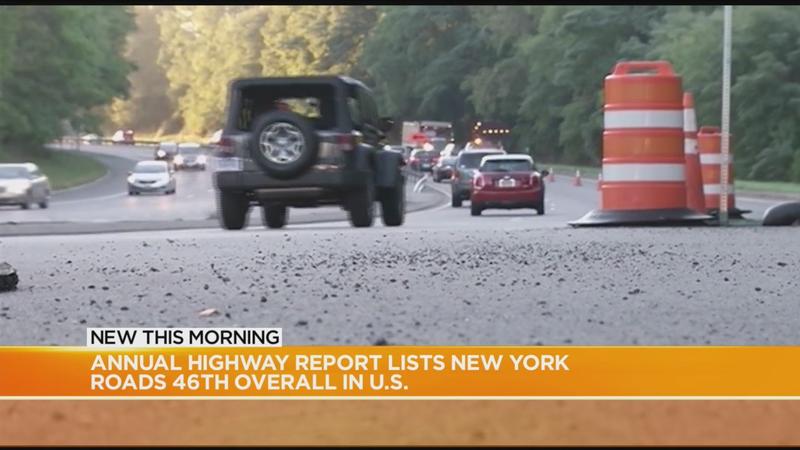 “To improve in the rankings, New York should try to have its high costs better translate into things like good pavement condition, less traffic congestion, and fewer deficient bridges."

NYS DOT inspectors review each bridge in a region annually. To search a bridge and its safety record, click here.

It wasn’t all low-ranks for NY, as it did come in the top 10 in the overall fatality rate.

New Jersey was ranked as the worst state overall, while the best is North Dakota.