WEBSTER, N.Y. (WHEC) — Police say students at Webster Thomas High School were working outside on a class project when a silver SUV stopped and a man got out of it and started to walk toward them.

Investigators say he appeared to be taking pictures of the students. The students started yelling and he left.

The man is described as white with a thin build and brown hair partially pulled back into a bun.

The silver SUV was possibly a Pontiac Vibe.

A similar incident was reported in Penfield on Monday. 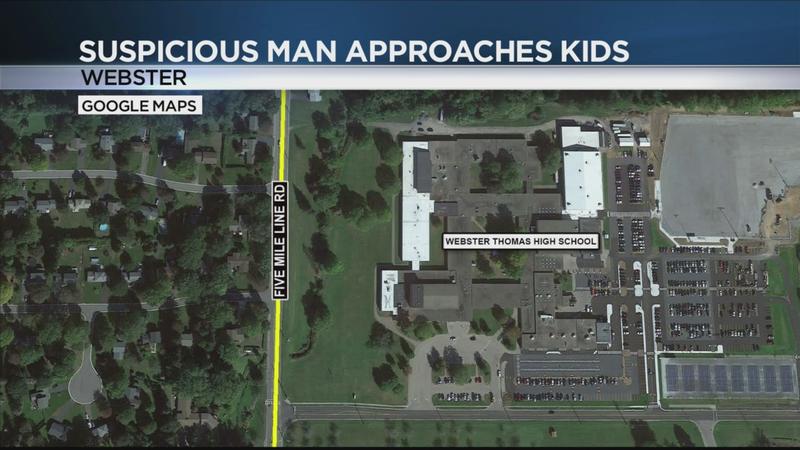