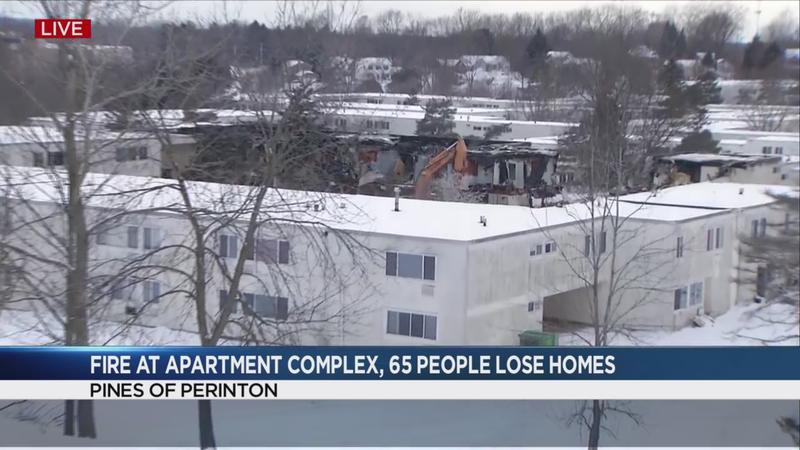 PERINTON, N.Y. (WHEC) – Fire investigators are making some progress searching for a cause of the January fire at the Pines of Perinton, but at this point are still calling it ‘undetermined’.

They have ruled out any ‘natural’ cause such as lightning strikes or weather-related issues. The investigation could not eliminate smoking, mechanical, nor electrical causes. Arson is also not being ruled out, as investigators been unable to interview the occupant of the apartment where the fire started.

The investigation is ongoing, but the report indicates difficulties connected to extensive damage to the building. The fire displaced 65 residents.