Republican candidates for NY governor will debate in Rochester on Tuesday

With less than two weeks before the primary, it’s time for voters to make their choices. MCRC Spokesperson Joe Robach says candidate Lee Zeldin wanted to do another primary debate outside New York City and suggested Rochester. Newsmax is making it happen.

The four Republicans running for governor had their first debate this past Monday on WCBS. 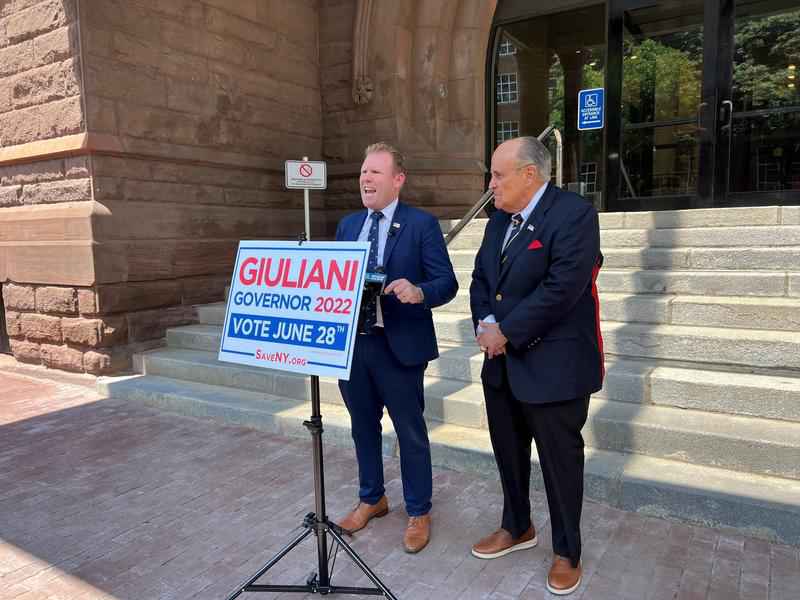 Robach says tickets are for people who will be voting in the Republican Primary.

"Everybody who’s interested, an enrolled republican ideally, you can get a free ticket for as long as they last. You can go see these candidates debate and talk about the issues," said Robach. "Many people are looking to the Republican Party for something different. Law and order, common sense, fiscal sanity. I really believe whoever comes out this pack will really be in a good position for the first time in a long time to really see a party shift and change in the general election."

Robach says Republicans can register for up to four tickets online while supplies last.

Primary Day is Tuesday, June 28th and early voting began on Saturday. The Democratic Primary for Governor is between Governor Kathy Hochul and challengers Tom Suozzi and Jumaane Williams.