ROCHESTER, N.Y. (WHEC) — Next week is Fire Prevention Week, and Friday, officials in Rochester worked to make sure people who can’t hear traditional smoke alarms are still prepared in the case of an emergency.

Students at the Rochester School for the Deaf were given what’s called "bed shaker" smoke alarms.

The alarms to just what they sound they do — shake the bed when they detect smoke to wake up the occupant so they know to get out.

"When the beeping of the alarm does go off, this device will pick up on the frequency of the beep and cause this device to vibrate under the mattress," said Briana Freeman with the American Red Cross. "As well as, on the screen of the device, the word ‘fire’ will read, as well as, there is a flashing light, that’s slightly bright, but it definitely focuses on the vibrating of the bed."

"We wanted to learn the sounds and signs of fire safety, so we want to make sure that everybody was able to know and be able to be alerted that is there is an emergency in the home or your place of work, or anywhere else you’re at," said Rochester Fire Department Lt. Jeffrey Simpson. 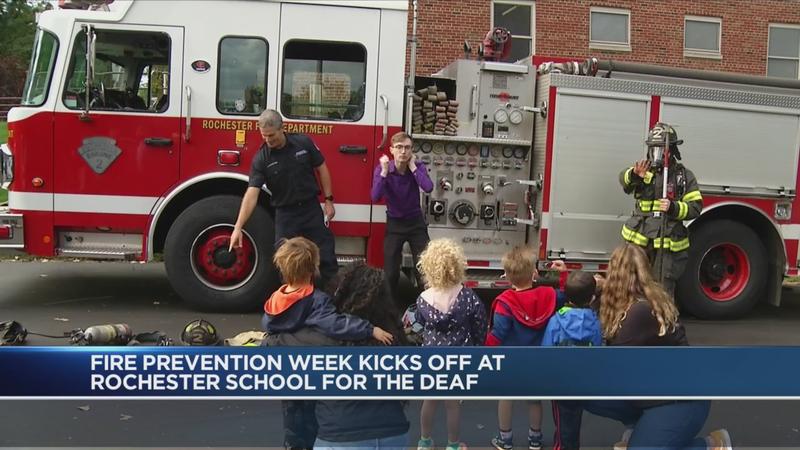 The students were joined by Rochester’s deputy mayor, who officially proclaimed the week of Oct. 3 through Oct. 9 as fire safety week in the city.