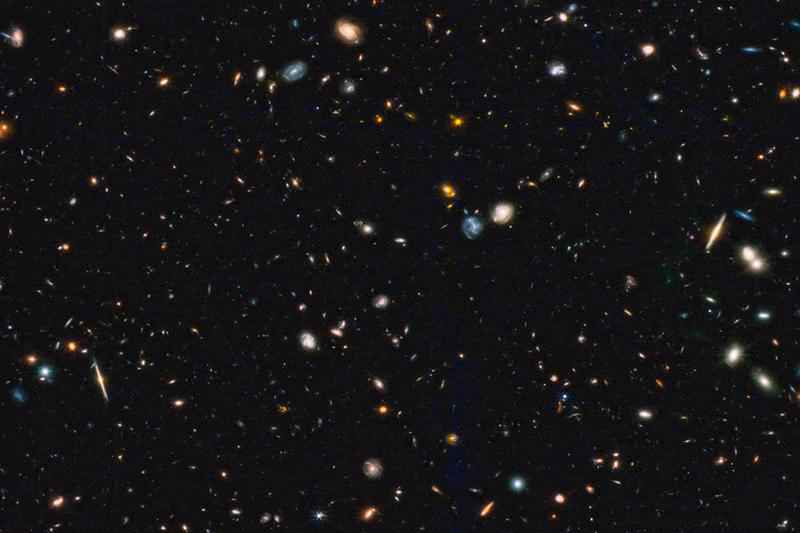 NASA (WHEC) — Take a look at this image showing clusters of thousands of galaxies, taken by the James Webb Telescope. A Rochester Institute of Technology professor was part of the team that captured the image.

NASA said the images are the most detailed view of the distant universe ever captured in infrared. The images were taken by a team of 18 researchers that included RIT professor Jeyhan Kartaltepe.

The team, called the Cosmic Evolution Early Release Science Survey, is studying how some of the earliest galaxies formed and how they developed into what they are today. Researchers across 12 institutions from 10 different countries are collaborating on the project.

RIT said that the team may have photographed one of the earliest galaxies ever observed. The finding would indicate that galaxies started forming much earlier than astronomers previously thought.

“These images are exciting because the sheer number of these really high redshift galaxy candidates is larger than we expected,” said Kartaltepe. “We knew we’d find some, but I don’t think anybody thought we’d find as many as we have. It either means the universe works a little bit differently than we thought or there’s a lot of other contaminating sources and these candidates will turn out to be something else. The reality is probably a mix of both.”

Kartaltepe is focusing on how the shape and size of galaxies have evolved. She said the images show how much the shape of galaxies varies — from pinwheels to blobs to swirls.

Other Rochester institutions have been involved in the James Webb Telescope. The company L3Harris helped to test the flight of the telescope in 2018 and helped with the optical systems. Dozens of University of Rochester faculty and alumni were involved in optical, thermal, and functional tests before the telescope’s launch.

Kartaltepe is involved in another project with the James Webb Telescope which seeks to capture high-quality images of over half a million galaxies. That project, called COSMOS-Web, will start in December.