ROCHESTER, N.Y. (WHEC) — Looking to catch a movie this weekend? Roc Cinema is having its grand opening Friday night.

Rochester’s oldest movie theater on South Clinton has new owners and a new name, "Roc Cinema." But this isn’t your average popcorn, candy-type theater. You’ll be able to enjoy an alcoholic beverage and even a meal while you watch your favorite flicks.

This is going to be the only dine-in movie theater in the area. The owners say they’ve hooked up with some of our local restaurants and even some vegan places, so there will be options for everyone. 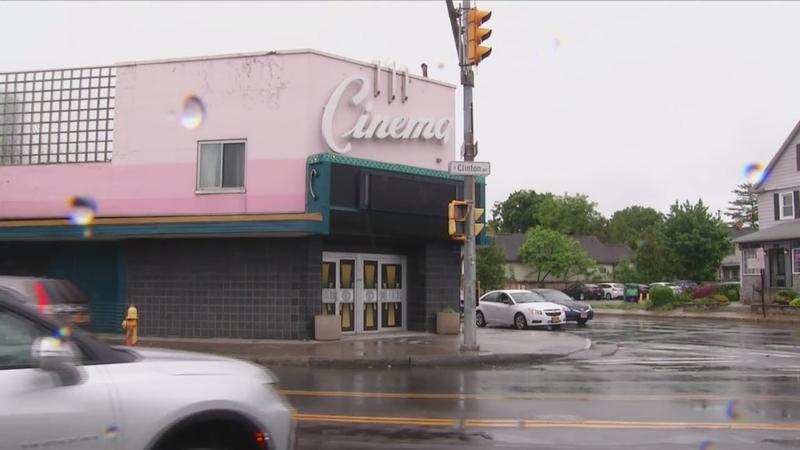 "Walking through the theater, it’s completely night and day, and the last renovations were done in the ’50s,” Kristina Dinino Jeffords said, who now owns the theater with her husband, Damon Jeffords.

The building has been on South Clinton Avenue since 1914. Since then it’s been the oldest, continuously run single-screen theater in the flower city.

"We would love to make this corner of the Clinton and Goodman intersection, the Highland neighborhood, we would love to expand it and make it a little entertainment corner in the community,” Jeffords said.

Right when you walk in, you’ll have the option to hit the bar. Roc Cinema will have its own signature cocktails—and of course—food galore. Then, as you get further inside you can grab snacks at the concession stand. Jeffords says the meal options will expand.

"We’re pairing with Amazing Grains out in Fairport for some of our bread products as well as other items and we’re also working with grass-fed so we can have some vegan options on our menu too.”

Walking into the theater itself, you’ll have nice comfy chairs and a table to place your food and beverages down on. You might wonder, "How can I eat in the dark?"

Don’t worry, Roc Cinema has you covered with little touch lamps. The cinema has a full liquor license, so they can serve more than beer and wine.

"The loophole with the full liquor license is you need to have a tabletop in front of you when you’re viewing a movie so other big-box theaters such as AMC Regal, they have the ability to have wine and beer but we can have a different experience with our signature cocktails.”

The inside is still being worked on, but as you just saw, you can expect some cool settings. It will be open to the public soon. Outside renovations will start next spring.