ROCHESTER, N.Y. — The weekend before February break week was the busiest the Frederick Douglass Greater Rochester International Airport has been since Thanksgiving, which is an encouraging sign for airport leadership.

"We started off this vacation on a great note,” said Airport Director Andy Moore. “Really starting on Thursday up until today, we saw some of the highest level of travelers departing from the airport that we’ve seen since Thanksgiving."

Most students, teachers, and school district employees are off from school and work this week, making it a popular time for families to get out of town and beat the Upstate NY winter blues. A lot of folks set their sights on Southern sunshine — without hesitation, Moore said Orlando, Florida was by far the most popular February break destination for people flying out of Rochester. As more people become comfortable flying, the number of travelers departing from Rochester has been steadily increasing.

"Our numbers were right up next to the Thanksgiving numbers, which was great, so we’re seeing kind of a consistent pattern there," said Moore, "For instance on Saturday we saw 4,200 departing passengers, we had 8 non-stop flights to Florida markets. The planes were full, let me tell you, the planes were full which is great."

Before the pandemic, an average of 52 flights would depart from the Rochester airport per day. On Monday, there were about 45 departing flights. 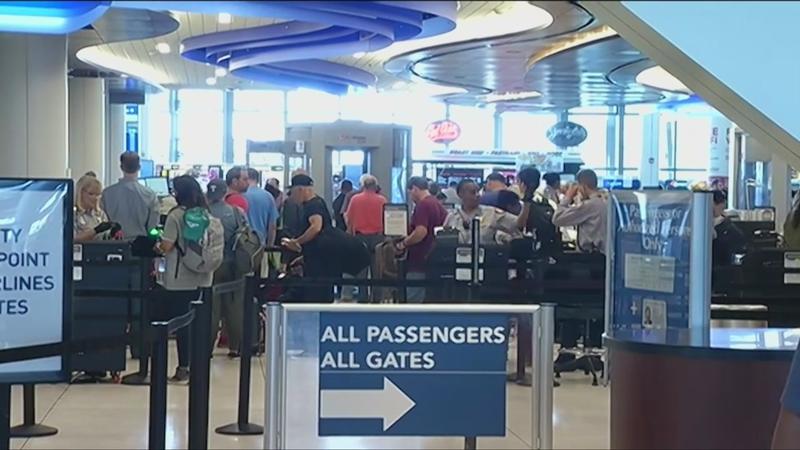 Emily Putnam: “Does it feel like things are back to normal?”

Andy Moore: "The numbers aren’t there yet, and when I say that meaning back to kind of pre-pandemic 2019 where we did fantastic, we had some of our highest departing passenger numbers in 5, 7 years. But we are starting to see some of those people return, certainly we’re starting to see the flights return to the numbers that we saw pre-pandemic.”

The airport plans to add more flight options to meet demand as needed, including new flights from Spirit Airlines, which will move in to the Rochester airport in June.

"We’re slowly making that transition back to pre-pandemic times, but we’re not quite there yet," said Moore.