ROCHESTER, N.Y. (WHEC) — New York State Thursday awarded the first 52 conditional licenses to grow recreational marijuana for adult use. The licenses went to already-established hemp farmers. So now they’re the first to get the green light to get marijuana seeds in the ground.

News10NBC talked to some of those farmers about what comes next. We met with the owners of ROC Dispensary and Hydroponics, for them this has been a two-year process of waiting and research that’s finally come to fruition.

"For now this is the starting point cause it just flopped right in our laps, you know. So it’d kind of like scramble time. You know to try to get some product out there for the customer," said co-owner Bob Livecchi.

ROC Dispensary and Hydroponics kind of got its start in this tiny grow room inside Livecchi’s motorcycle shop on West Henrietta Road. Things are about to change now that he and his business partner Beau Clinton have their adult-use cannabis conditional cultivator license. 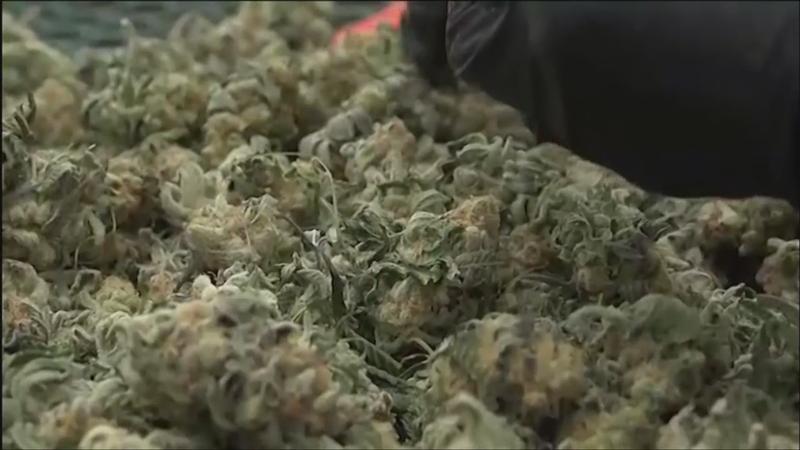 "We are setting up another building," Livecchi said. "We’re moving the motorcycle shop, and the grow to another building in Henrietta, and it means we’re going to be very busy, cause it’s the start of the season for both."

Livecchi said for the past two years he’s been growing "feminized seeds" in his grow room as part of a research project, and part of the process to get their cultivator’s license. They plan to start putting seeds in the ground as soon as they can.

"We’re allowed to sell for one year, and grow and then after a year, I’m under the impression that we got to apply for a retail license. We’re also allowed to grow up to 20,000 square feet, but we’re only are allowed 20 grow lights," Livecchi said.

He said from planting seeds to selling should take them about three months. They can only sell "whole flower," meaning the bud of the marijuana plant.

"We’re gonna end up doing like 8 to 10 strains at a time you know just so people can have different THC levels, and stuff like that. Feel it out so they know how it reacts with their body, and their chemistry, and stuff," Livecchi said.

Clinton said the entire process has been a long road to get that license.

"We want to make sure that we were just following all the state’s standards, comply, doing the proper reporting, and just being on good terms," Clinton said.

"We will do our job. We will get those seeds in the ground. We will cultivate, create the best crops that we can," Colaprete said.

She has storefronts in both Brighton and Victor. She received her license to grow pot on Thursday. Her license was number 29 of 52.

"So this is literally the framers. Hemp farmers launching the seeds in the ground getting that supply chain going," Colaprete said.

She said in the meantime, the dispensary retail license that people are waiting to sign up for is being worked on the State’s Office of Cannabis Management.

"They did issue some regulations. They will issue additional structure. The license focus, the scope of that process excreta, they’re working on," Colaprete said.

She also said the first 100 or so retail licenses could be given out in the fall.

"By the time we get to that point where we are harvesting, and drawing, and curing, and getting that product ready for dispensaries for retail sale, they’ll be launched by the Office of Cannabis Management as far as that end supply chain in that seeding initiatives," Colaprete said.

So for now this is what her cultivator’s license allows her to do.

"We can operate in our cultivator space," said Colaprete. She finished by saying, "So we cannot be a retail—you know—sell to the customer. We will sell to those dispensaries who they, where it will sell to the end customer."

When the process started back in March, the state received 150 adult-use cannabis conditional cultivator license applications. The next round of approvals is expected to happen within 60 days.