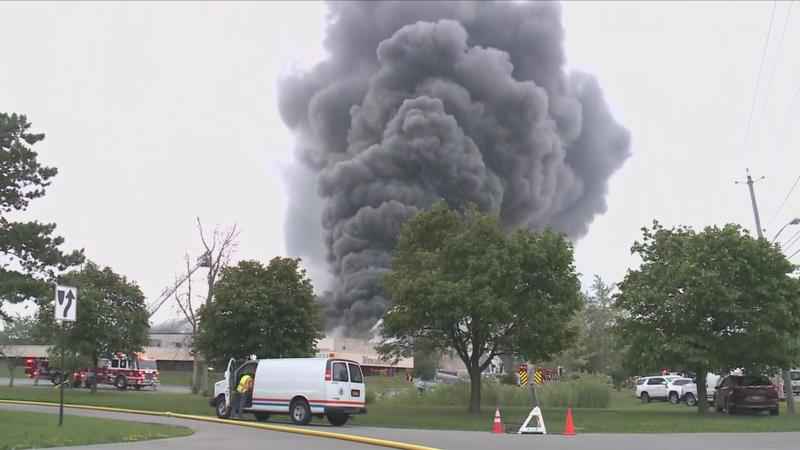 ROCHESTER, N.Y. (WHEC) — A massive fire in the Buffalo area Tuesday was successfully put out, and it was due in part to an effort from Rochester firefighters.

The Rochester Fire Department Wednesday shared it sent several units, including an engine and foam units to help take down the flames at an industrial park in Amherst, Erie County.

NBC affiliate WGRZ in Buffalo reports the fire started at around 4:30 p.m. at 120 Earhart Dr. at a business called Premium PPE, which makes masks and other personal protective equipment. Fire officials say there are chemical hazards inside the building so there could be toxic fumes.

There was also a confirmed explosion inside the building.

RFD says it was called to respond by the New York State Office of Fire Prevention and Control. Its units provided support and equipment to knock down hotspots and flare-ups of fire in the building.

They also provided air monitoring for the areas surrounding the fire.

Buffalo-area crews were still checking for hotspots as of 10 a.m. Wednesday.