ROCHESTER, N.Y. (WHEC) — State Police say a man led them on a chase through Rochester in a U-Haul truck.

Troopers say they tried to pull over 33-year-old Michael DeJesus for a traffic violation on I-390 just before 10 p.m. Thursday.

He pulled over, but eventually took off. Troopers say he briefly pulled over during the chase to let another man out.

Soon after, the U-Haul crashed into a tree in the area of Sheldon Terrace and Stanfield Terrace and the driver ran off.

While troopers were investigating the crash scene, they say they found a cell phone, backpack, and paperwork all belonging to DeJesus. 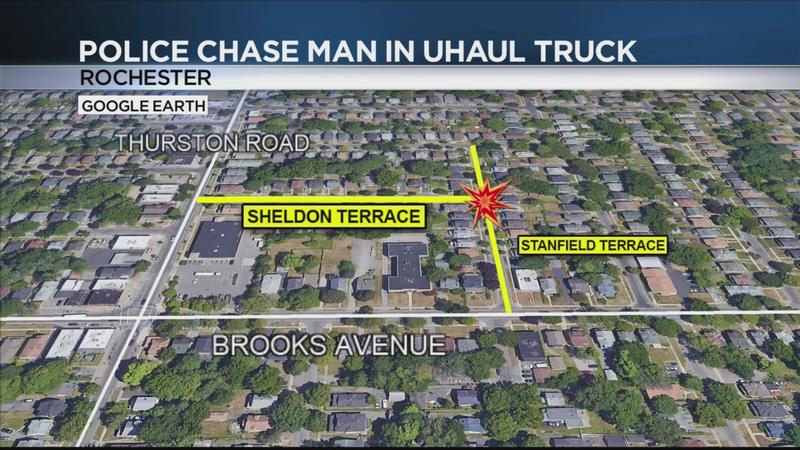 Police say the suspect had a picture of himself as his phone’s lock screen, which troopers used to find him.

Police are also looking for the passenger who ran out of the truck during the chase.