Marcus Harris, 27, of Rochester was charged with criminal possession of a handgun, grand larceny and New York State Vehicle and Traffic Law violations. Police have not yet confirmed the identity of any other suspect in this case.

At approximately 8 p.m. Saturday, RPD responded to the 1100 block of Joseph Avenue and discovered that a 39-year-old city resident had been robbed at gunpoint. Shortly after, police say they located Harris in a vehicle that had fled the scene.

The driver put his vehicle in reverse and struck the front bumper of a patrol car when officers tried to conduct a traffic stop on Lux Street, which initiated a vehicle pursuit.

The suspect then sideswiped a vehicle that was not involved in the chase, causing the pursuit to end in the area of Avenue D and Bauman Street. The driver of the uninvolved vehicle was hospitalized at Rochester General for neck pain. 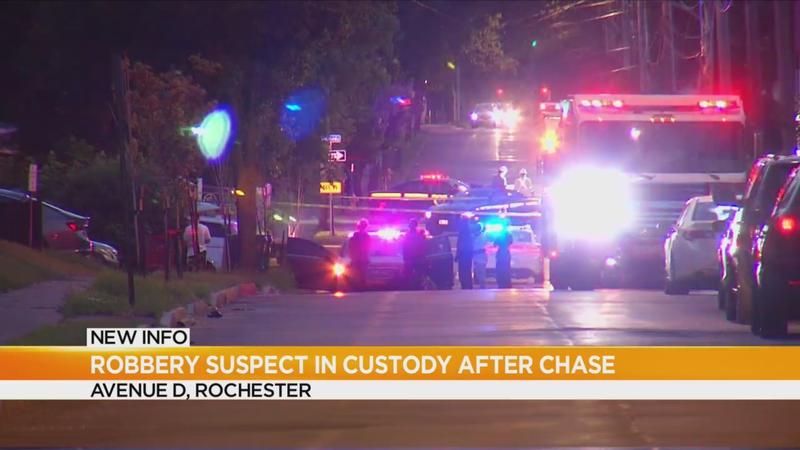 Harris reportedly attempted to flee the scene of the crash on foot and was arrested after a brief chase. Police say this investigation is ongoing and encourage anyone with information to call 911.