ROCHESTER, N.Y. (WHEC) – After a couple of years of absence due to the pandemic, Rochester held its Memorial Day Parade this morning, honoring those who died serving our country.

Veterans, current members of the armed forces, and members of the community marched through the town today for the parade—we spoke with several people who say they were glad to see everyone together following the recent shootings in Buffalo and Texas.

“I do have family in the military, so I come to support the military in the U.S. Is a good thing,” Press Wilcox said. “Even though it’s a lot of bad things going on, we still try to make the best of it.”

Wilcox’s cousin has been serving in the military for the past 34 years, currently stationed in Germany. 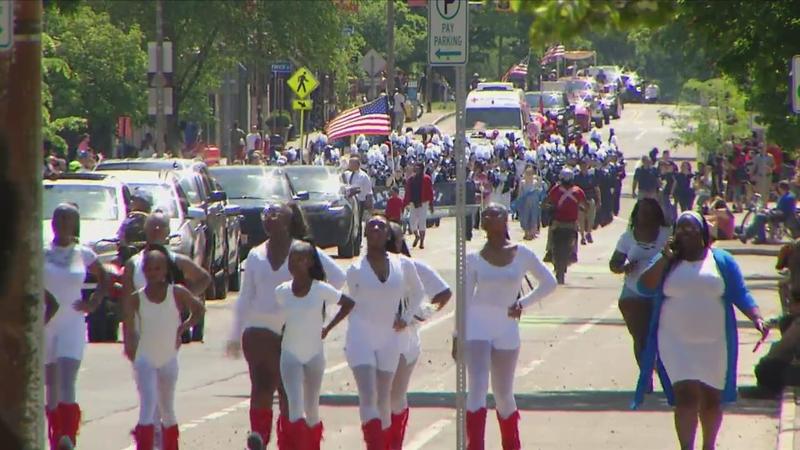 “It’s a beautiful thing to come together,” Wilcox said. “It’s is a beautiful thing. We all need one another. I think from this glorious day today, we celebrate a memory, a memory of people fighting for us. A lot of, you know, army veterans that fought for us. It’s continuing its appreciation for everyone.”

“My three-year-old son has never been to a parade before,” Stephanie Montero said. “With the pandemic and everything, we never want to come out before. But we’re here today. So he can see what our country is about. Everybody together, everybody enjoying and everything that’s been going on lately in the news, a lot of disharmonies, I’d say, but it’s nice to have everybody together enjoying something.”

Montero said with the recent mass shootings in Buffalo and Uvalde, Texas, it’s nice for her and her son to be able to see everyone joining together to celebrate those in the military and those who have passed.

“It’s nice to see everybody in a moment. People from all different backgrounds, all different cultures, being here, enjoying, celebrating together,” Montero said.