It happened on June 12 near Earl Street in broad daylight. Christopher Wood, 18, was killed and a 14-year-old was injured.

Police say Williams and Greer are both in the custody of the Office of Children Services. 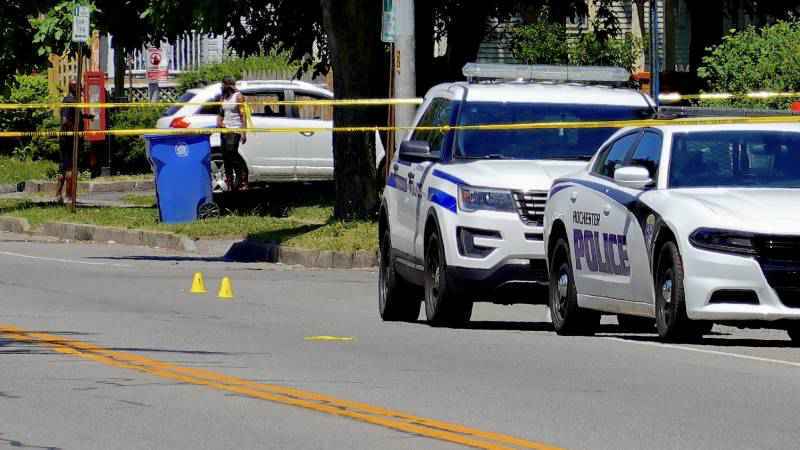 The scene of the double shooting on Genesee Street in Rochester, June 12, 2021.[News10NBC]