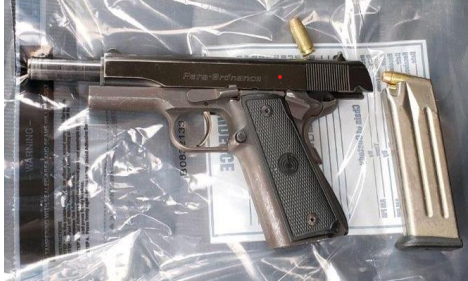 ROCHESTER, N.Y. (WHEC) – Rochester Police have made an arrest after a Thursday morning carjacking.

Officers responded to the Mobil Gas Station at 917 North Street for a report of an armed car-jacking at 9:45am. RPD says the gunman stole a 2015 Honda Accord from the victim.

New York State Police later spotted the vehicle on Upper Falls Blvd. and along with Rochester Police, attempted to stop the suspect. Police say the suspect drove off and he was ultimately was taken into custody when he crashed the vehicle into a pole on State Street, near the inner loop.

William Forsyth, 25, is being charged with 4 felonies, including Robbery, Criminal Possession of a Weapon, Escape and Grand Larceny. He is currently being held in Monroe County Jail until his arraignment Friday in Rochester City Court.