ROCHESTER, N.Y. (WHEC) — Rochester Police Chief Cynthia Herriott-Sullivan will resign from her position, roughly a year after taking on the role on an interim basis, the city announced Wednesday.

In a release, the city says Herriott-Sullivan submitted her resignation letter to Mayor Lovely Warren Wednesday morning to do what the chief says is to pursue a new opportunity in the private sector.

Deputy Chief of Operations David Smith will take over in an interim role. The change will take effect next Friday, Oct. 13.

Herriott-Sullivan was appointed to the role at the end of September 2020, following the firing of former chief La’Ron Singletary in the fallout of the Daniel Prude case. The city says she initially committed to holding the position until June 2021.

She made the initial resignation announcement during an interview with WDKX radio in Rochester.

Here is a statement from mayor-presumptive Malik Evans on the departure of RPD Chief Herriott-Sullivan. @news10nbc pic.twitter.com/GMPYjjOhKb

Herriott-Sullivan was a former RPD Lieutenant and served close to 25 years before retiring in 2009. She was employed by the Rochester Housing Authority (RHA) before returning to the RPD. In her RHA role, she originally worked in the areas of compliance, diversity, inclusion, and public safety, and was the authority’s Interim Deputy Executive Director at the time she was hired. 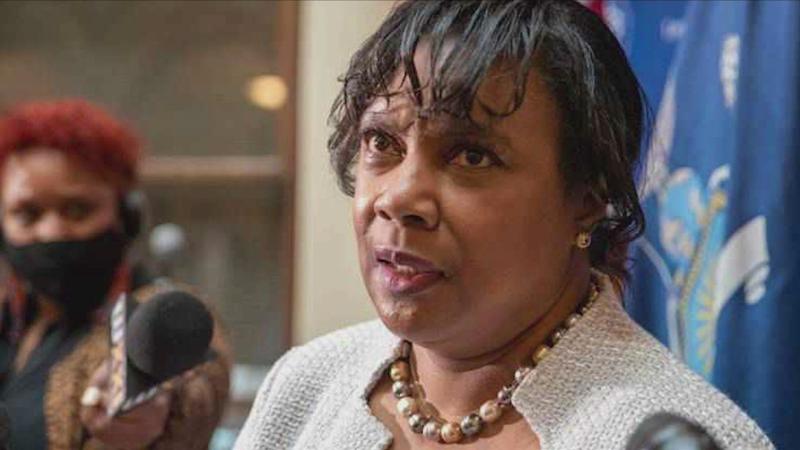 She’s now going back to work with RHA.

"When I came in, as you all know, I had a job I loved," Herriott-Sullivan said. "I took a break from that to come and do what I can to help this city. I still feel that way — I have no regrets. I love this city."

“I accepted the position of Interim Chief to make real, systemic change on the force, and I can say confidently that we’ve come a long way this past year,” Herriott-Sullivan said in the release. “I am proud of the growth and accomplishments RPD members have achieved, while faced with many challenges. I care deeply about this city, my home, and it has been an honor to work together with officers and the community to build stronger bonds, trust, transparency and communication,” continued Herriott-Sullivan. “I have faith that this collaborative effort will continue, because there’s more work to be done, and we can’t get there alone or on separate paths.”

“I have full faith in Chief Smith’s ability to lead the department until the incoming mayor selects a new permanent chief,” said Mayor Warren. “Chief Smith is a respected law enforcement leader with decades of experience, as well as a clear understanding of the needs and concerns of our community. I am confident he will serve Rochester well.”

"I want to thank Interim Chief Herriott-Sullivan for her many years of service to the Rochester Police Department. She stepped up and served as Interim Chief during a challenging time for the Department. She should be commended for embracing the challenge. I wish her all the best in her future endeavors. I anticipate working with Deputy Chief David Smith, who will serve on an interim basis. I look forward to the important search for a permanent Chief."

RPD formally introduced Smith and announce the move at a news conference Wednesday afternoon at 3 p.m. He has been with the department for 28 years.

"People are asking, ‘What will we see now?’" Smith said. "You’re not going to see really any significant change. The department will move forward along the track we’ve set for it."

Smith will become the fifth police chief to serve under Mayor Lovely Warren.

When she took office in 2014, she gave the position to then-interim chief Michael Cimnelli. He served until 2018. At that time, Mark Simmons was given the interim tag.

In 2019, La’Ron Singletary took over. His tenure lasted until a little after the Daniel Prude case was made public last year. Warren ended up firing Singeltary before he went into an early retirement.

That resulted in another interim stint for Simmons before Cynthia Herriot-Sullivan took over last year.