ROCHESTER, N.Y. (WHEC) — The Rochester Police Department announced Thursday two of its latest policy changes involving the use of force on adults and juveniles.

Among some of the key points outlined in the early Thursday morning release, include a detailed list of banned techniques including chokeholds. neck restraints– firing warning shots, and biased-based retaliation. Officers are also barred from using certain levels of force on people in handcuffs, except in certain cases.

For juvenile cases, a list of banned techniques includes chemical agents — a baton used to hit a kid, tasers — unless the juvenile is aggressive or posing an immediate threat.

Use of Force Policy (Revised) by News10NBC on Scribd 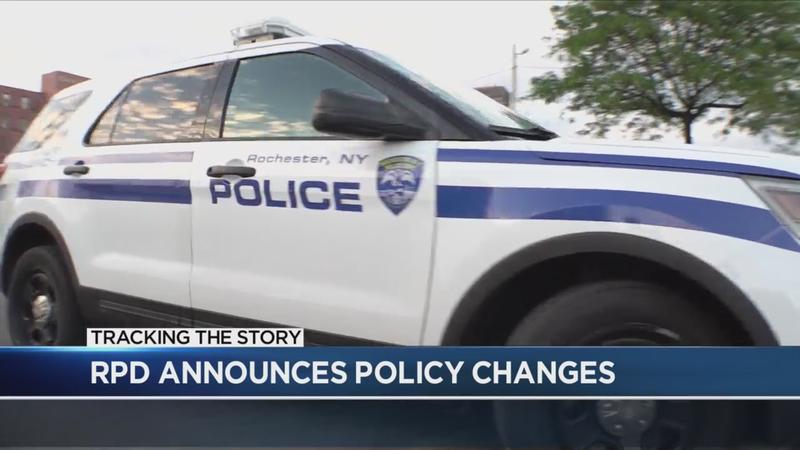 USE OF FORCE IN JUVENILES

Juvenile Use of Force, Handcuffing, Transportation and Medical by News10NBC on Scribd

A Chokehold ban was reaffirmed as part of a previous line of reforms released throughout the year by the RPD. New York already had a statewide police chokehold ban in place. The previous policy adjustments include the duty to intervene, mental hygiene detention, and de-escalation.

These changes come after national attention was drawn to police policies after the murder of George Floyd, and on the Rochester Police Department especially after the death of Daniel Prude and recent incidents where a 9-year-old girl was pepper-sprayed, a woman was pepper-sprayed in front of her 3-year-old and an RPD officer shot a man who they say was armed and coming toward him with a large knife. The department formed a group in response to an executive order on police reform that was signed by then Gov. Andrew Cuomo in wake of Floyd’s murder.

The latest release of policies comes a year to the date since bodycam footage of Prude’s encounter with RPD was first made public.

While you can find copies of the plans on this website, RPD has now added both policies to its Open Data Portal.