The investigation is still in its early stages, but Capt. Steven Swetman said investigators believe that two of the vehicles may have been racing, and the others were ensnared in the collision.

It happened on Lake Avenue and Albermarle Street at around 7:20 p.m.

Swetman said it was reported as a rollover crash involving seven vehicles, but none of the vehicles rolled over and there were two vehicles stopped near the scene waiting to give a report, which may have been where the confusion came from.

At least one person has some minor injuries according to Swetman, but investigators were still interviewing those involved as of 8:30 p.m. 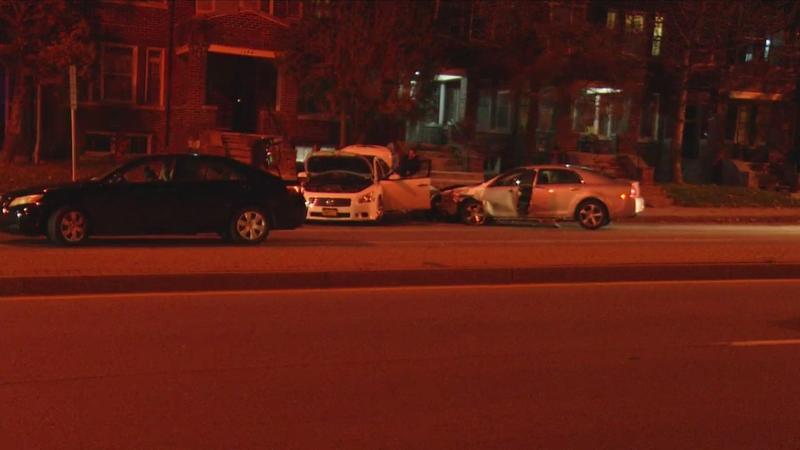 The scene of a five-vehicle crash at Lake Avenue and Albermarle Street that happened on Nov. 17, 2021 in Rochester.[News10NBC]

He said a street sign was also knocked over.

At this time, he says he is not sure if tickets will be issued.

Just over an hour later and a few blocks north, Swetman said there was a minor crash at Lake Avenue and Riverside Street. He said the two are not related.