ROCHESTER, N.Y. (WHEC)— Rochester Police are looking for the people who robbed, beat, and shot at a man Wednesday night.

Police say the man was on Hague Street near Lyell Avenue just before 10 p.m. when a suspect, or suspects came up to him and pulled a gun out to rob him. They say during the robbery the man was assaulted and then shot at, but not hit by bullets.

The man was still hurt and taken to Strong Memorial Hospital. 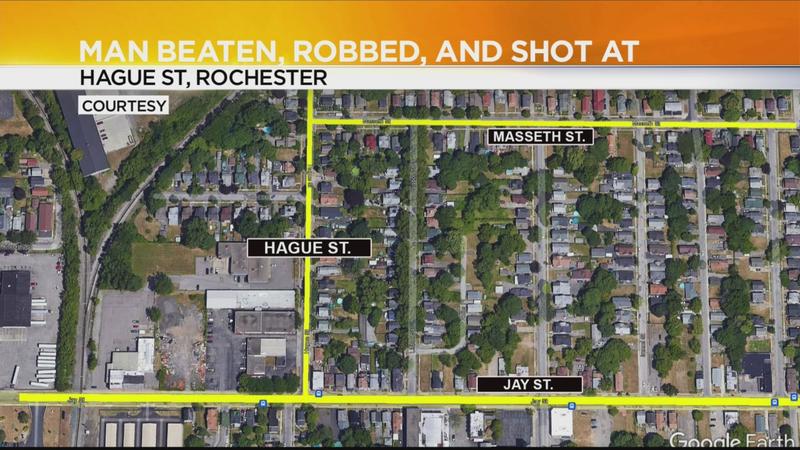