ROCHESTER, N.Y. (WHEC) – No matter where you go everyone is feeling the loss of Officer Tony Mazurkiewicz. Many of us didn’t know him, but our hearts are broken.

Supporters of all law enforcement gathered Friday night on the steps of the Public Safety Building for a special candlelit vigil.

These supporters told News10NBC, just like the police are there to help the community they serve, they too stand with the men, and women who put their lives on the line every day for our protection.

"I believe it’s very important for us to be here to support, and back the people that took an oath to actually protect our city," said Rochester resident Orlando Rivera.

Nearly 2 dozen people turned out for a small ceremony to share their thoughts, and prayers for Mazurkiewicz, and his family. David Lippa organized the event.

"The last few years our officers have been feeling like they’re alone. No one cares, and no one really wants them around, but it’s these men, and women that need to know they are needed in our community to keep us safe," said Lippa.

Mazurkiewicz was shot, and killed Thursday night. His partner Sino Seng was injured and is now recovering. They were ambushed on Bauman Street while working their detail. Friday a wreath was placed in front of PSB while the group lit candles to remember Mazurkiewicz.

"We all need to come together right now. It’s a time for unity. It’s not a time for division so we’re here in support of our officers in Blue," said Rivera.

Gates resident Meagan Southcott added, "I think it’s important for those that really want to show that genuine support that we just be there for them so that they know that they have community support."

After the short ceremony the wreath was moved to a room at PSB where all Rochester fallen police officers are remembered.

"This city is under siege right now, and it’s going to take the community coming together to stop the violence. I mean there was a child that was shot as well minding her own business. That’s extremely disturbing to me, and an officer doing his job who has a family who is not coming home," said Greece resident Tracy Mastrangiola.

Lippa says he plans to hold other events in the upcoming days to help these officers overcome Thursday night’s tragic shooting. 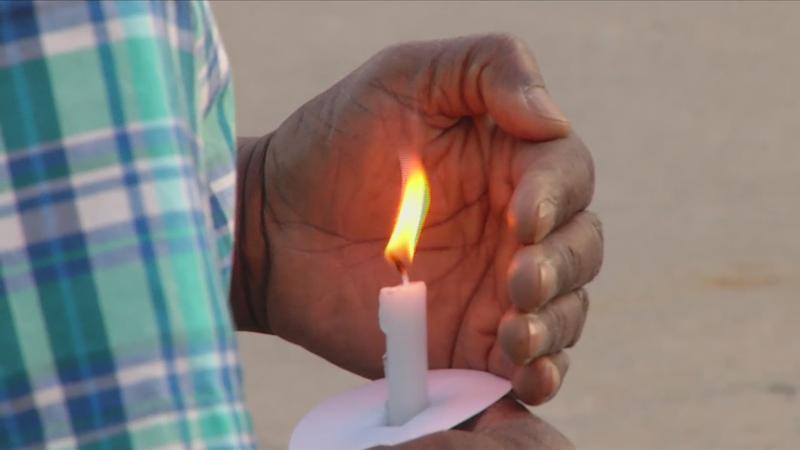