ROCHESTER, N.Y. (WHEC) – This year, the number of homicides in the City of Rochester sits at 44, breaking the record for the month of July. This time in 2021, the city had only 42 homicides

The 44th homicide was a shooting on Lyell Avenue early Sunday morning. Police haven’t yet released the name of the victim, a man in his 30s.

News10NBC takes a look at some of these gun-related deaths, and how faith leaders are joining our city leaders in trying to stop the violence.

"We’re gonna use every tool we have to stop violence," said Mayor Malik Evans.

Fed up with the number of shooting deaths, and the amount of illegal guns on our streets, Evans declared a state of emergency Thursday morning. 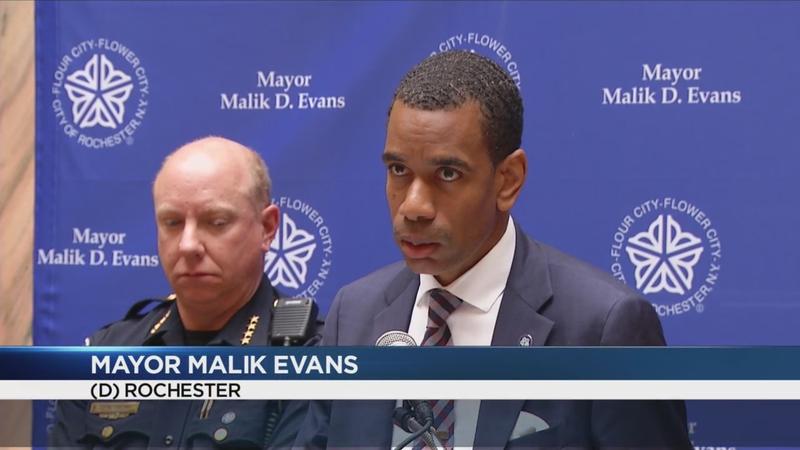 "I know with this emergency declaration this will give us the ability to not only marshal other resources, but also be very targeted in areas to stop people from continuing to wreak havoc in our city," said Evans.

A few hours later 2 Rochester police officers were ambushed on Bauman Street. Officer Anthony Mazurkiewicz was killed, and his partner Officer Sino Seng was injured, and is now recovering.

"This is a tragedy for our community," said Evans. He continued, "I’m asking Rochester to pray for these officers, and their families. They go out every day and put their lives on the line."

But there were other shootings during the week. Early Wednesday morning 3 men were shot, 2 killed near the corners of North Clinton Avenue, and Rauber Street. Then a double shooting Wednesday afternoon on North Clinton, and Clifford Avenues. A 72-year-old, and a 30-year-old were shot in that incident. Late Saturday night, the 44th homicide happened on Lyell Avenue taking the life of a man in his 30’s.

Sunday Mass at Sacred Heart Cathedral in Rochester called for prayers, and the end of violence in the community.

The Bishop added, "So many lives. So many innocent lives taken away through violence. We’ll never know what those lives would have ever accomplished for the glory of God, and the welfare of humanity."

Bishop Matano lets parishioners know that when one member of the community hurts, we all hurt.

Police continue to search for suspects in many of these recent shootings. Remember if you have any information that could lead to an arrest they want to hear from you.