Rochesterians dig their cars out ahead of Thursday’s snowstorm

ROCHESTER, N.Y. (WHEC) — Can you believe it? People are still shoveling out their snow-packed cars a full two weeks after our first snowstorm of the year. Rochester’s Mayor warned drivers, move those snowed-in cars, or the City will move them for you.

People had good reason to dig out their vehicles quickly Wednesday night and move them to the alternate side of the street.

"I haven’t had the need to move the car," Kyvaughn Henry said.

She spent part of her Wednesday evening shoveling both snow and ice as quickly as she could. Two weeks ago, she dug out the front of her car but she has been procrastinating on the rear. 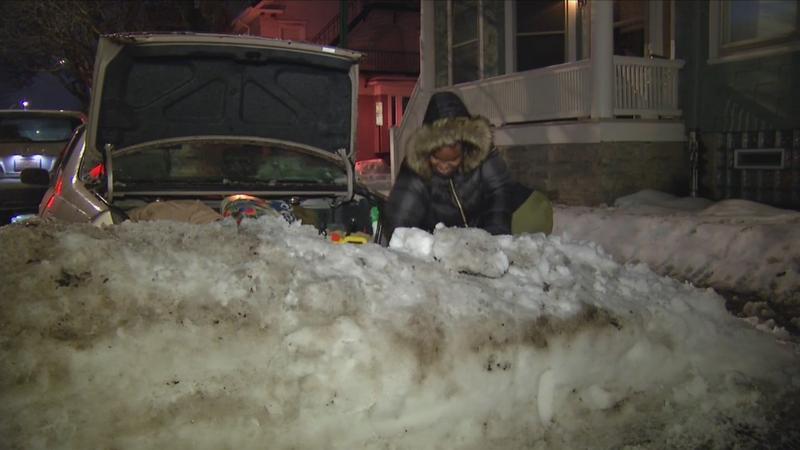 "With the ability to work remote, and I have two vehicles, so I didn’t need to move car, but now that we know a storm is coming I wanted to separate some of the ice that’s been lodged to the back of my vehicle for the past two weeks," Henry said.

She also said better late than never. Tow trucks started hauling snow-packed illegally parked vehicles. Many of these vehicles have also been ticketed. In the few minutes we drove around both Union Street, and along Alexander Street, we saw some flatbed trucks taking vehicles away.

"That’s the other reason," Henry said. "My neighbor sent us a text message like listen your car looks like it hasn’t been moved, and they’re coming around towing."

A point made clearly by Mayor Malik Evans. He says plowing starts once there’s 4 inches of snow or more on the street surface.

"If you are stuck, plowed in we’re gonna move your car to a side street, and then if we can’t do that we’re going to tow it to the garage," Evans said.

By the time News10NBC met up with her, Henry said she had only been shoveling for about 30 minutes.

"The good thing is the temperature has kind of melted some of the snow, but under most of the snow is ice, and so I’ve been having to dig that out with my hands," Henry said.

Remember if you have any questions, or complaints when it comes to snow plowing, you’re urged to call 311.