ROCHESTER, N.Y. (WHEC) — Rochester has produced the Rochester Music Festival since 1995. Rebranded in 2018 as Rochester Summer Soul Music Festival, the festival took a pandemic break in 2020.

The 25th-anniversary festival filled Frontier Field with music and fun Friday and Saturday.

Rochester’s own Tweet took the stage leading up to Saturday’s Headliners, Boyz II Men. During the ’90s, the group from Philadelphia topped the charts with emotional ballads and their trademark a cappella harmonies.

Also taking the stage this weekend was the internationally-known recording artist and radio host Al B. Sure. He spoke with us Friday about what it means to be on-stage in Rochester celebrating the festival’s quarter-century mark.

"As an artist we love to come to Rochester, because, again, it’s such a warm welcome every every time. And people actually show up and out, and it’s almost like it’s not like a show; it’s almost like a family affair so that’s the amazing part about it," Sure said. 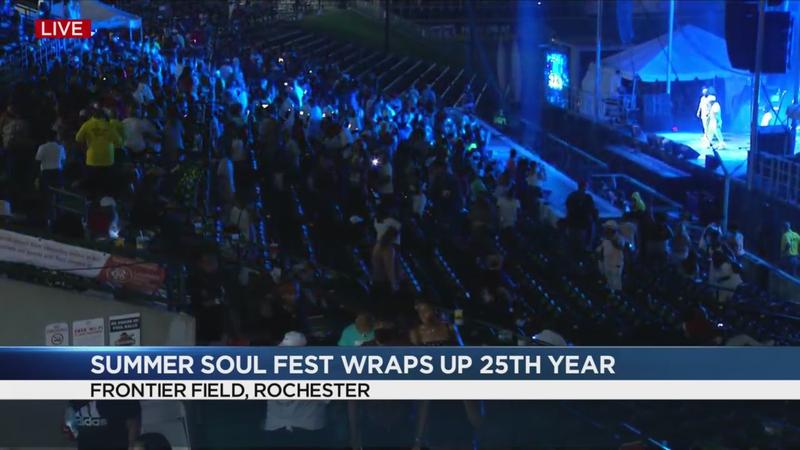