ROCHESTER, N.Y. (WHEC) — For almost a week now, several members of Rochester’s Cuban-American community have been holding rallies in support of family, and friends still living under communist rule in Cuba.

Rallies have been happening in several cities across the country as Cubans demand change after more than 60 years of oppression. News10NBC was at Thursday’s rally to hear from Cubans who say whether they live here, or on the island nation, all they want is the same basic human rights most people around the world get to enjoy.

More than two dozen people gathered at Rochester’s Liberty Pole again this week in support of Cubans who are fighting for their own liberties back home.

Dr. Tamara Wilson Cisnero left the island 17 years ago and still stays in close contact with her family there. She says the time has come for the current government in Cuba to go, in an effort to save the island and its people.

"Our brothers and sisters are dying there on the street, and we want to make sure that, that stops and the world is aware what’s happening there," Cisnero said. 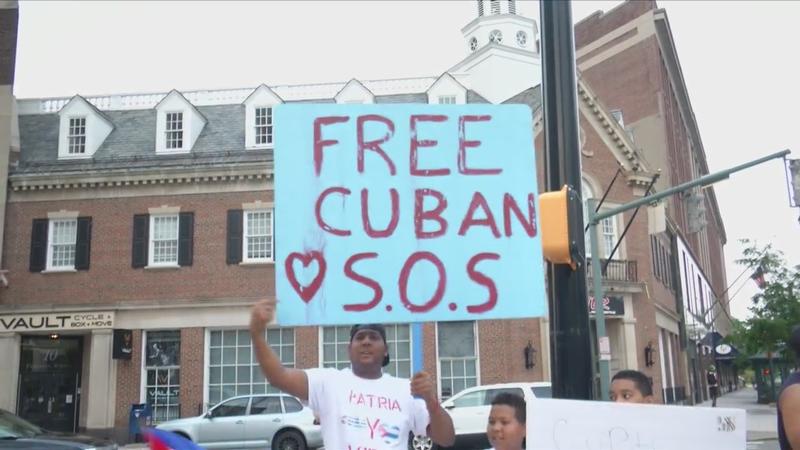 For 62 years, the island has been ruled by a communist government. For some time now, Cubans say their economy has been in severe decline, and the pandemic has made it worse, but that’s not all says Cisnero.

She is speaking about the current president of Cuba, Miguel Mario Díaz-Canel Bermúdez.

"This person was forced upon us. We did not have an election. We do not get to vote as Cubans, as their having a totalitarian government, and a communist government," Valdes said.

Griselle Marin attended the rally with her 91-year-old mother. Her father was jailed in Cuba for six years under Fidel Castro’s regime. She says it’s impossible to overthrow the current government.

"The government has too much power, and they know what’s going on in different places. That’s because everything has to be spontaneous. Like they don’t alert the government what they’re preparing," Marin said.

Local Cuban-Americans plan to travel to Washington D.C. very soon, in an effort to get support from politicians to help out the Cuban people.