ROCHESTER, N.Y. (WHEC) — In the wake of the leaked draft Supreme Court decision, News10NBC spoke with two women who have spent decades fighting for what they believe, on both sides of the abortion debate.

LeBlanc said the leaking of the draft is horrifying enough, but she also talked about what it means for New York State.

"I’ve heard from enough women who suffered from a previous abortion that, I just want women to slow down, think, look at the resources they have available to them," LeBlanc said.

She welcomed the news that the landmark 1973 Roe v. Wade case has the potential to be overturned by the Supreme Court. LeBlanc did admit that there’s a difference between New York State and other states around the nation. 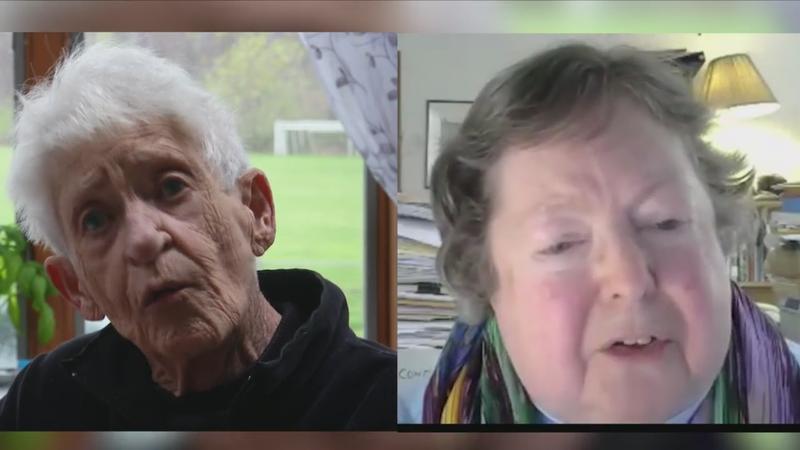 RELATED: Whatever the Supreme Court decides, NY protects access to abortion in a 2019 law

Being a 30-year member of her organization she says here in New York minors don’t need their parent’s permission to get an abortion, nor do they have to be notified. She says abortion is available all the way up to 9-months. LeBlanc often takes pro-life displays to public places, and oftentimes gets the same reactions from some women.

"You know I really regret that abortion that I had when I was 16. I didn’t know what it was going to, how it was going to make me feel every time I look at my two children, I have to actually realize I have three, but I killed the first one," LeBlanc said.

"People will walk with them. They need a place to live, these volunteers will help them find a place. You know whatever it is they need they’ll help," LeBlanc said.

She went on to say that she’s happy this matter has now been put back in the hands of the State Legislators. This way states can do the things that better suit their residents.

Ashton said hearing the news, mentally, took her back 50 years. She’s been part of the battle over abortion for decades.

"I said ‘Oh, not again, don’t tell me I have to take to the streets again, I have to go to Washington,’” Ashton said.

93-year-old Ashton has had feet on the ground for abortion rights since the 1970s.

"We need Roe vs Wade. People have to understand, we can’t let these radical men make these decisions for us,” she said.

Either holding a sign or using her voice, Ashton says, she had a slogan.

"’Grandma for choice,’ it went all over, we will not go backwards, that was the first time I had that sign,” Ashton said.

Ashton took out a photo album full of news clippings and photos of her accomplishments in fighting for what she believes in, she said she’s dipped her toes in many ponds, including the 1997 Million Woman March.

"It was a long march, me and my sister, you can see how many people were there,” Ashton said.

Ashton said when it came time to share her voice on abortion rights, she talked about the economic factors surrounding pregnancy.

"Because it is a big burden to a single woman," Ashton said. "Maybe her husband walked out on her and left her with the kids, and now she finds out she’s pregnant, we have to protect women’s rights.”

For Ashton, it’s about generations to come. She said she’s disappointed in the people who currently wear a black robe.

"It doesn’t affect me anymore, but it affects them, especially the grandchildren," Ashton said. "I used to have great faith in the Supreme Court. Now, I’m not so sure.”

Ashton said she’s hopeful that things will settle down. But in the meantime, she’s prepared and ready to march, adding another photo to the book, no matter what.