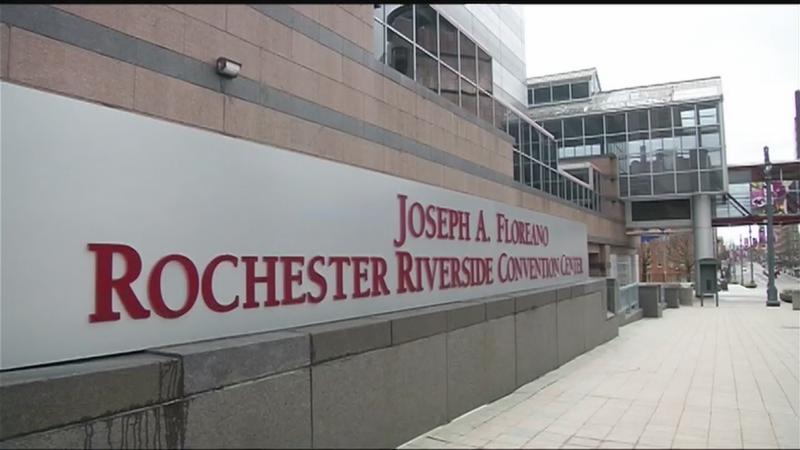 ROCHESTER, N.Y. (WHEC) — The Rochester Rotary Club will hold its 20th Annual Law Day Luncheon on Tuesday to recognize local law enforcement and the work they do every day.

The luncheon will be held at the Joseph A. Floreano Rochester Riverside Convention Center on Main Street downtown at noon.

At the event, Lt. Richard Waldo and RPD Investigator John Fiorica will receive the Henry H. Jensen Memorial Award. Its namesake asked upon this death that an award be presented annually to one of the Rochester Police Department’s “unsung heroes” for their civic relations and community service.

Waldo is active in the Best Buddies International program, which serves people with Down Syndrome, autism, Fragile X, Williams syndrome, cerebral palsy, traumatic brain injury and other undiagnosed disabilities and he was instrumental in "Goodnight Lights", in which first responders flash their lights and sound their sirens to say goodnight to patients who are at Golisano Children’s Hospital during the holiday season. He has been in law enforcement for more than 20 years.

Fiorica organized the Crime Dawg Golf tournament in 2020 and 2021, where he raised more than $9,000 and nearly $10,000 respectively to benefit the special needs community. He has been with RPD since 1993 and as a member of the ATF/RPD Violent Crime Team, he’s led several firearms trafficking cases.