ROCHESTER, N.Y. (WHEC) — Two people are dead and two others are injured after a shooting on Driving Park Avenue early Sunday morning.

Rochester Police responded around 2:30 a.m. to the 300 block of Driving Park Avenue for the report of gunshots heard.

Upon arrival, officers encountered a chaotic scene with 75 to 100 people fleeing the area. Within the large crowd, officers found three people who were shot each suffering from grave injuries. 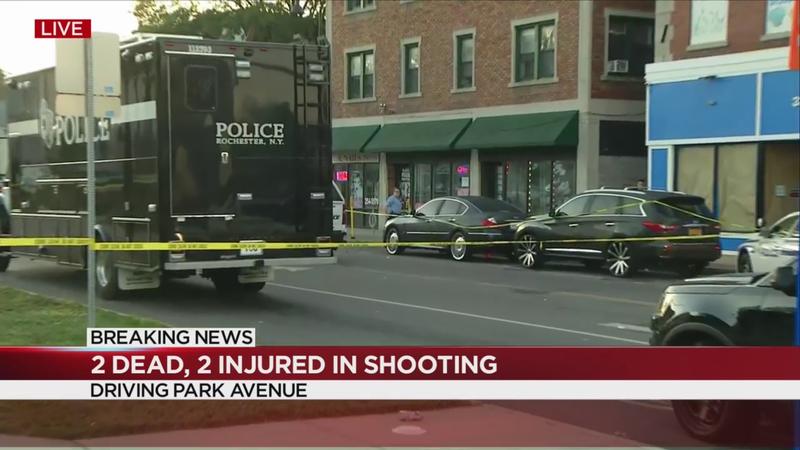 The third victim, a man in his 30s was taken to URMC and is currently fighting for his life.

As officers were investigating, a fourth victim, a woman in her 20s arrived at Rochester General Hospital via private vehicle with multiple gunshot wounds. The woman is currently being treated and is expected to survive.

Police say there were no witnesses who stuck around at the scene and the motive of the shooting is unknown.

Investigators say there was a large unsanctioned party inside a building on Driving Park Avenue. A group was hanging out in an alley when an unknown suspect(s) approached the alley and began firing.

There is no suspect(s) in custody at this time. The Major Crimes Unit is conducting the investigation and is asking anybody with information or cell phone video to call 911, the Major Crimes Unit @ 585-428-7157, Crime Stoppers @ 585-423-9300, or email MajorCrimes@cityofrochester.gov.

This shooting comes exactly one year after 2 died and 14 other people were shot at a backyard party on Pennsylvanian Avenue. East High graduated, Jaquayla Young, and University Prep graduate, Jarvis Alexander were killed in the shooting.