ROCHESTER N.Y. (WHEC) — Police have arrested a man who they believe is responsible for the homicide that happened near a restaurant on East Ridge Road early Monday morning.

Police responded to a report that a man was shot shortly after midnight and found Desmin Diggs, 42, shot at least once in the upper body. He was pronounced dead at the scene, which was mostly centered around Tangie’s Kitchen, just north of Route 104.

The two men were having an argument before police say Appleberry shot Diggs with his handgun, killing him.

Appleberry was charged with second degree murder and second degree criminal possession of a weapon. He was arraigned on Tuesday morning and pleaded not guilty. 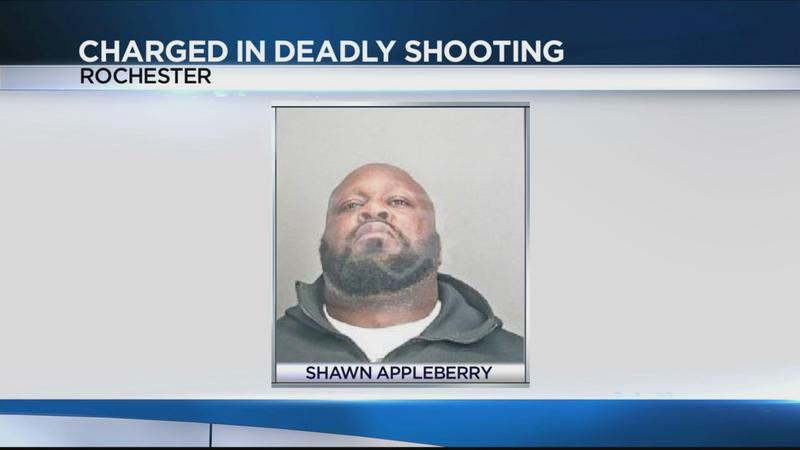 News10NBC crews arrived at the scene shortly after the incident happened and saw a crowd of about 30 people gathered near the scene, many of them appeared upset and were trying to get through the police tape.

This marks the city’s 16th homicide of 2022 and the second homicide on East Ridge Road in the last three days. The other happened early Saturday morning. That victim was 32-year-old Quinn Mair.

Roads around Tangie’s were closed overnight but have since reopened.