According to RPD, at around 4:15 p.m. Tuesday, police were in the 400 block of Clifford Avenue searching for a man who was wanted in relation to a domestic incident.

Police say the male had assaulted the victim with both his fists and a broomstick. When police located the male, he immediately attempted to run from them.

After the short chase, police say the male was taken into custody. During the chase, the male discarded a loaded Davis Industries .32 caliber handgun which he was not legally able to possess, according to police. 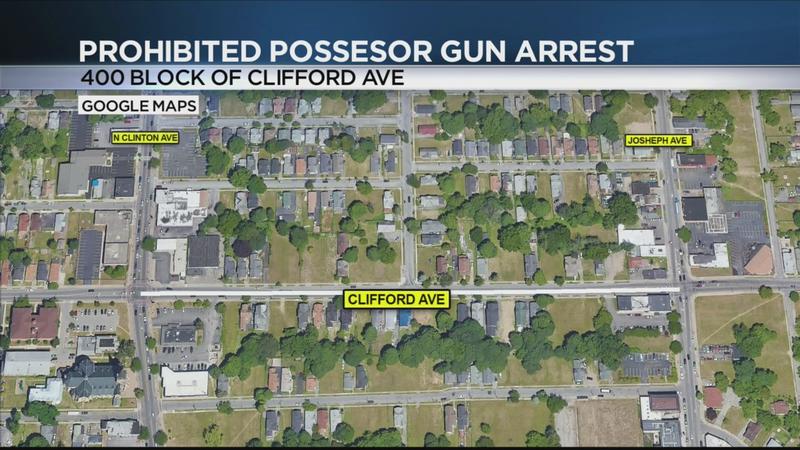 Hill is expected to be arraigned Wednesday in Rochester City Court.