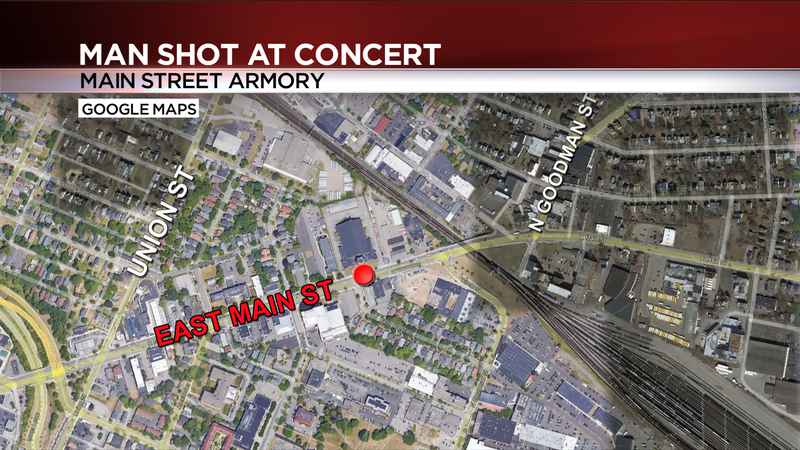 ROCHESTER, N.Y. (WHEC) — Rochester Police are investigating after they say a man was shot at a concert.

The 24-year-old victim was driven to Rochester General Hospital just after midnight on Sunday. He was shot in the upper body and is expected to survive.

Police say the victim was at a concert hosted by the Main Street Armory when the shooting happened. They are still working to find out if he was inside or outside at the time.

No arrests have been made. Anyone who was at the concert and has information on the shooting is asked to call 911.