ROCHESTER, N.Y. (WHEC) – The Rochester Police Department says a police sergeant was injured in a crash in the city overnight.

It happened just before 10 at Plymouth Avenue and Jay Street. The sergeant, in an unmarked car, was driving through the intersection when he was hit by a car that ran a red light.

The driver was a 32-year-old woman. Officers gave her tickets for several traffic violations. Both the driver and the sergeant were treated for minor injuries at the scene. 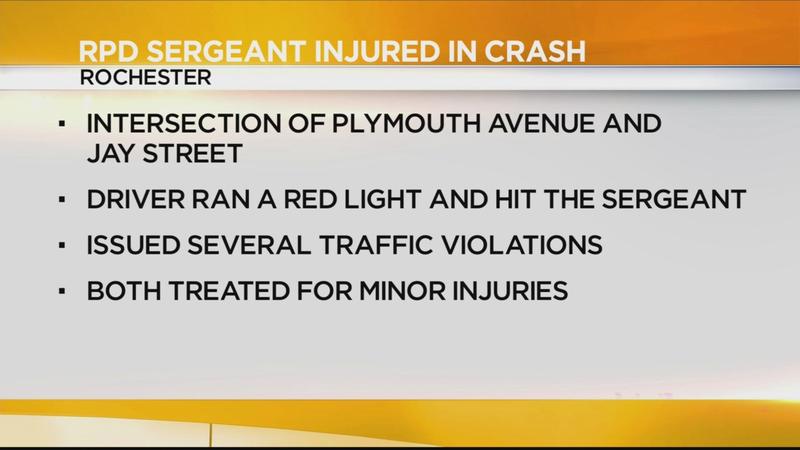