ROCHESTER, N.Y. (WHEC) — The Rochester Police Department had officers stationed at Pardee Street overnight after someone shot and killed 18-year-old Dayquan Williams on Monday night and a 34-year-old man was shot on the same street Tuesday.

Right now the RPD said its goal is to make sure those who live there feel safe as they investigate.

“I feel terrible,” Lt. Greg Bello said. “It’s a shame that you can’t walk outside your door and not have the drug dealers or the violence in your neighborhood. Part of that is we’re trying to partner with the community as best we can."

Bello said they have several response factors in play including an increased police presence from on-duty resources and additional patrols under the GIVE or “Gun Involved Violence Elimination Initiative.” 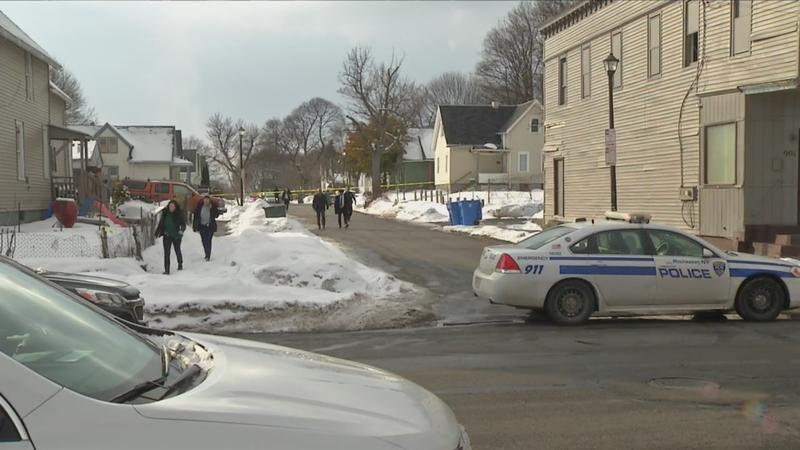 "Part of our overall police presence down there is not just focused on enforcement," Bello said. "Certainly, we have our enforcement angle of targeting enforcement of the violent offenders of that neighborhood and other neighborhoods in the City of Rochester, but also it’s a deterrence we want the neighborhood to see us out there. We want people to feel comfortable in their own homes.”

According to Major Crimes, Williams was found shot outside of 56 Pardee St. Monday night.

Rochester police say both 56 and 59 Pardee St. are vacant houses being used to store and sell marijuana and other drugs.

According to a spokesperson from the city:

“59 Pardee St. is not a vacant home. It is occupied per our records. The code violations include property maintenance issues like: overgrown shrubs, peeling exterior and interior paint, roof repairs needed, broken window panes, chimney cleanout needs a cover, smoke alarms missing, cabinet repairs needed, outlet switch cover plates needed, etc.
56 Pardee St. is vacant. We have secured that house, and are working with RPD to check and ensure it remains secure. This address is behind on its taxes, but because of the moratorium on tax foreclosures for the past two years, it will likely go up in a foreclosure sale this year unless someone redeems it.”

News10NBC asked the city what the discrepancy was on why police say 59 was vacant.

“The information I am sharing is coming from City databases, based on regular inspections. It is important to note that occupancy status of homes can change very rapidly.RPD is describing conditions they observed when responding to this week’s homicide.

"City code enforcement workers are working to verify occupancy status, and will work with RPD to ensure that vacant homes are secured.”

News10NBC also looked up the last deed of sale for the two homes to get in contact with the owners, one said they had no comment and the other we couldn’t get a hold of.

“Most of the violence is being perpetrated by younger kids,” Sherman Dickerson President of the Joseph Avenue Business Association said. “With these younger kids we have to find a different outlet than the violence."

Dickerson said they work with City Hall, RPD, the Sheriff’s Office and neighborhood groups to try to curb the violence, much of which starts with drugs.

“You have to find a different outlet than the violence. You know we have to create programs for them,” Dickerson said. “To get off the streets, to want to put down the flag to want to get out of the gang life. I understand. I know I’ve been there it’s all about you know the decisions that we make."

“The empty lots are a problem,” Simmons said. “There are plans that are happening now that I was made aware of yesterday from a city group where they are trying to go in and work on homes on bringing the neighborhoods up so we see it but I have to be optimistic that things will get better.”

Simmons said this is nothing new to them, but hopes for even more action so families can feel safe walking in their neighborhood.

Simmons had this to say for those on the verge of violence.

“This is only a slight moment in your life,” Simmons said. Whatever angered, or whoever angered you or whatever took place it’s a temporary moment. It’s a feeling, feelings are fickle and if you could just stay calm temporarily until you’re able to think wisely."

Dickerson said their group has an open door policy and they are here for families in need.

Police are still investigating these shootings and are asking if you know anything to give them a call.