ROCHESTER, N.Y. (WHEC)— Students at five Rochester City School District high schools will have a ride to school Monday, after all.

The district, which is still facing a bus driver shortage, was able to secure passes for students through a temporary partnership with Regional Transit Services.

The schools include Edison Tech, Northeast High, Northwest Junior High, Rochester Early College, and Leadership Academy. Several busses will now switch to longer routes of 30 minutes to pick up more students and get them to school. Previously, routes were at 15 minutes.

The partnership, which will last at least through the next four months, was reached during a meeting between the two sides last week.

It comes as the district, which was already facing a driver shortage of roughly 70 people, saw at least a dozen resignations over the last week. The RCSD school board held an emergency meeting and voted unanimously to approve resolution 122 which moved the first day of school to last Thursday to give the district more time to come up with a plan.

Changes to RTS Connect routes are now in effect! To help RCSD meet their needs in getting kids back to school, most of our frequent routes (those running every 15-minutes) will run every 30 minutes. To view schedules and learn more visit https://t.co/vqDVU37Xkq. pic.twitter.com/I0jSzQ5hGc

While the partnership is in place, a little more than 300 students still do not have a designated bus route, Superintendent Lesli Myers-Small said she is confident the district will figure out the situation by the end of the four-month partnership. 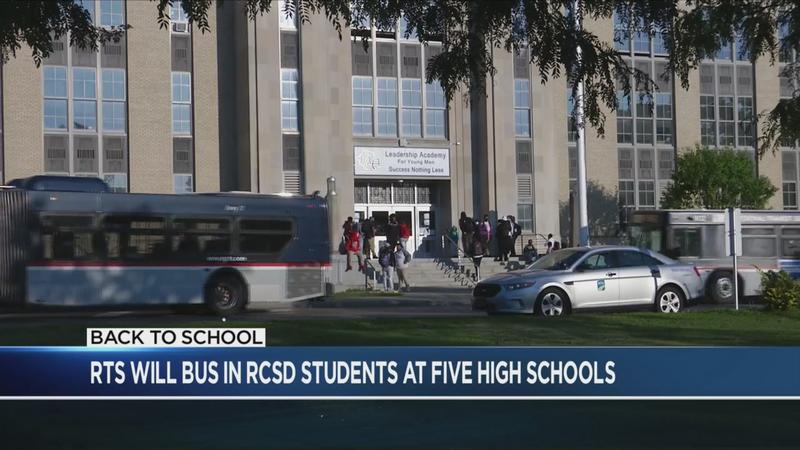