In a statement posted Friday, the district announced that current Rush-Henrietta superintendent Bo Wright will be taking over on July 1. He’s expected to be appointed at Monday’s school board meeting.

“I grew up in Geneva; my wife and I both graduated from Geneva High School. Our family has a lot of history in the community and it is exciting to be able to come home,” Wright said.

In addition to his role leading Rush-Henrietta the past four years, Wright has been serving as the President of the Monroe County Council of Superintendents for this school year, often addressing the media on behalf of county schools.

Wright replaces Dr. Patricia Garci, who resigned and reached a separation agreement with the district. 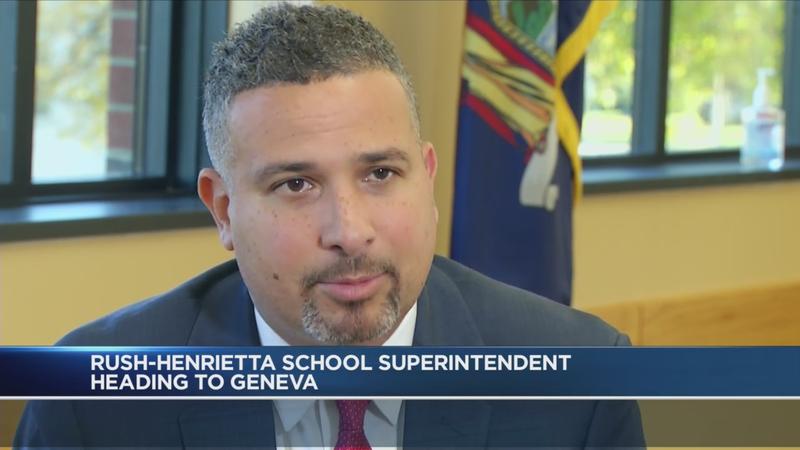 In a letter to the district, Wright indicated the Rush-Henrietta school board is working on a succession plan.