ROCHESTER, N.Y. (WHEC) — Demonstrations continued for a sixth straight night in the City of Rochester, but for the second night in a row there was no use of force and no arrests were made.

As the city prepares for another night of protests, the leaders of SAVE ROCHESTER – BLM met with Rev. Lewis Stewart and County Legislator Ernest Flagler, apologizing for some prior calls for violence.

The group said some members of SAVE ROCHESTER – BLM, who were pushing for violence, interrupted a briefing held by the church on Thursday. 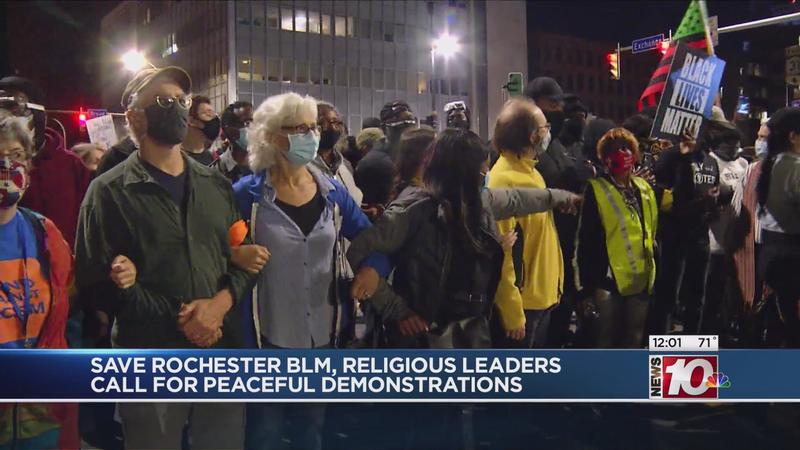 Stewart says he will speak with Rev. Jesse Jackson over Zoom to discuss the death of Daniel Prude.