Second arrest made for body found in Geneva

GENEVA, NY. (WHEC) — Police announced a second arrest for an investigation into a dead body in a parking lot behind Geneva General Hospital.

Lacritia Verstraete, 24 of Waterloo, was charged with second-degree manslaughter and the concealment of a human corpse. The Geneva Police Department and the Ontario County Sheriff’s Office took her into custody on Tuesday around 10:45 p.m. in Canandaigua.

Kiara Scott, 21, faces the same two charges after the investigation into the body led to her June 9th arrest.

Geneva police found a dead body in a parking lot behind Geneva General Hospital on June 5 and determined that the death was suspicious. Police identified the body as 44-year-old Keith Morlang, of Waterloo.

The investigation determined that the man had a medical emergency in Waterloo on the morning of June 5. Police said Kiara Scott and others told the family of Morlang that they were taking him to the hospital. Police said that instead, the suspects took the victim to a parking lot, dumped him there, and hid his body. 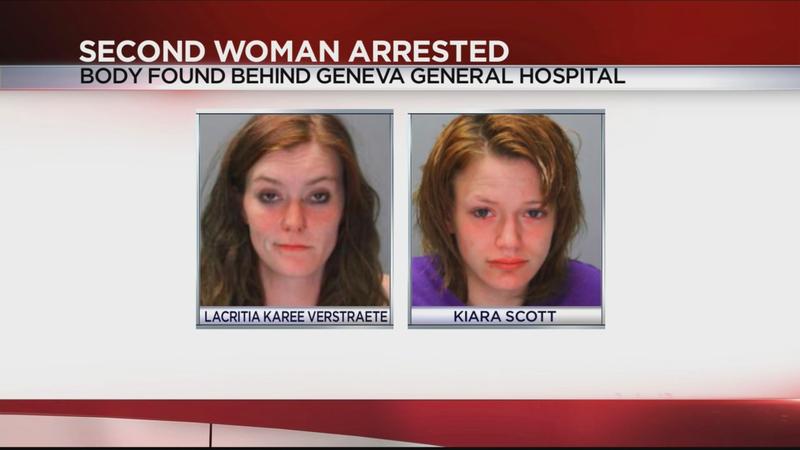 Both Lacritia Verstraete and Kiara Scott were taken to Ontario County Jail for arraignment. The investigation remains ongoing.