Correction: The water the firefighters used was from the Cayuga-Seneca Canal, not the Erie Canal.

SENECA FALLS, N.Y. (WHEC) – Seneca Falls Police are requesting help in the ongoing fire investigation of Ferrara Lumber Yard. The cause is currently undetermined. Anyone with information, pictures, or video is asked to contact the Seneca Falls Police Department.

Crews used water from the Cayuga-Seneca Canal to put out flames at Ferrara Lumber in Seneca Falls that erupted around 6 p.m. on Sunday.

Benjamin Hackney said he was working across the street and saw the flames break out. “I came outside and there were flames everywhere," Hackney said.

BREAKING: Fire crews are working to put out a massive fire at Ferrara Lumber on Bayard St. in Seneca County. @news10nbc pic.twitter.com/YVrw8JlXgG

Massive flames ripped through a Seneca Falls staple, Ferrara Lumber. You can see the heavy smoke and crews battling the flames.

Carly Brown said that people are devastated by the damage. “Our neighbor in our building, she found out about it, she was like I can’t believe this is terrible she was almost in tears because of it,” Brown said. 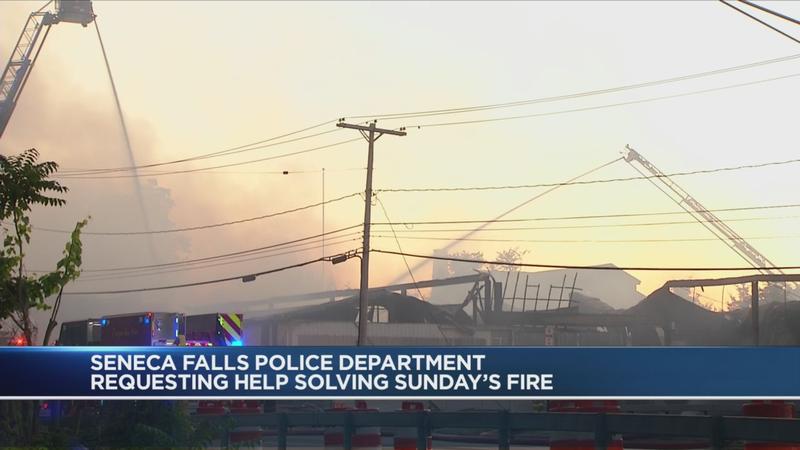 Dozens of fire crews were on the scene and used water from the Cayuga-Seneca Canal to help tame the flames. You can see the heavy damage the fire left behind.

Because the lumberyard is huge, there’s a lot of ground to cover.