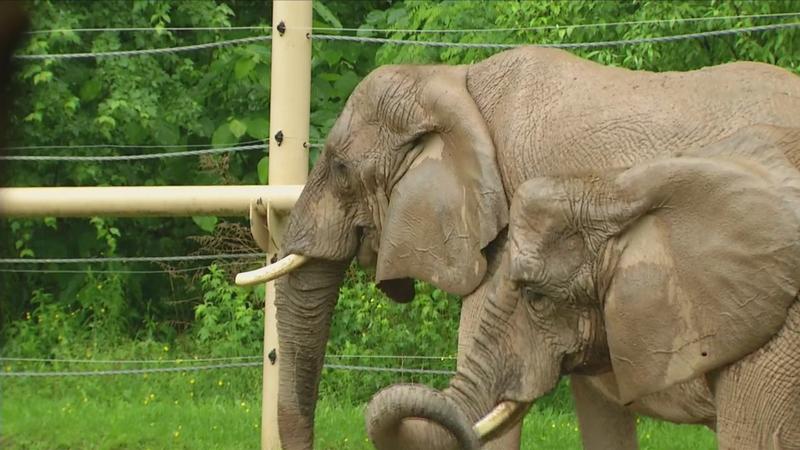 ROCHESTER, N.Y. (WHEC) – The Seneca Park Zoo will keep its accreditation with the Association of Zoos and Aquariums after a bit of a tumultuous year. As News10NBC has been reporting, the Zoo was cited for a variety of issues ranging from animal welfare, enclosure safety and improper training of certain staff members during inspections late last year.

Both the USDA and the AZA noted a toxic work environment with poor communication among staff at all levels, they also indicated a lack of clear definition of responsibility, reporting structure and accountability. Both instructed the County to fix the issues as soon as possible and on Tuesday, Monroe County Executive Adam Bello told News10NBC Investigative Reporter Jennifer Lewke, that has happened.

Jennifer Lewke: What is some of the work they’ve done in the last couple of months to change the way they do business?

Jennifer Lewke: Did Steve (Lacy) take care of all that training or did you bring in outside agencies to help put it all together?

Adam Bello: No, we were able to do that. I brought in a new zoo director just over a year ago who immediately began working on these issues, so he’s been able to work with the staff and bring everyone together.

Bello says Zoo Director Steve Lacy remains in regular contact with the USDA and AZA and while the agencies continue to do regularly scheduled inspections, the issues cited from late last year, “all of that was corrected very quickly.”

One of the issues inspectors found was that the lethal force team deployed when a lion escaped her primary enclosure, didn’t have adequate training. One team member lacked a weapon, another didn’t know how to safely use the one they had.

Jennifer Lewke: The lion incident, the escape incident and the training around the people who responded to that. Have you actually practiced some of those scenarios and feel like those people are adequately trained at this point to ensure the safety of people who are here?

Adam Bello: oh, I can assure the safety of the people who are at this zoo. Yes.

Bello says they’ve learned from the mistakes and the most recent USDA report seems to indicate that’s true. There were no violations cited during a March inspection, “we see a problem, we fix it. We don’t put anything under a rug, we don’t try to hide from anything. You fix it and that’s what happened here,” says Bello.

The Seneca Park Zoo will keep its accreditation with the AZA after correcting the issues it was cited for.