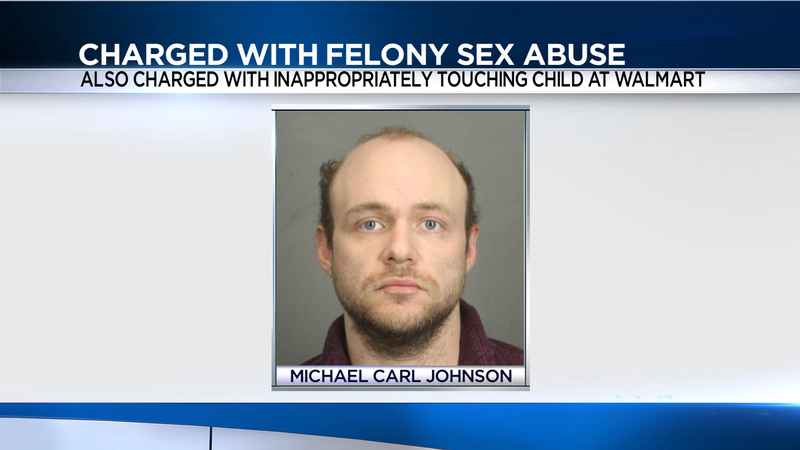 HENRIETTA, N.Y. (WHEC) — The Henrietta man charged with forcible touching and endangering the welfare of a child after a fight at Walmart on Monday is facing additional charges.

The Monroe County Sheriff’s Office said a second victim’s family heard the news that Michael Carl Johnson, 31, had been arrested and on Tuesday, they came forward to report that Johnson had also inappropriately touched their child at Walmart, right before the incident reported Monday.

While Johnson was given an appearance ticket Monday after his initial arrest, he is now being held in the Monroe County Jail on $20,000 cash bail/$30,000 bond.

An order of protection for the victim was also issued.

The MCSO said Johnson had never been arrested for similar crimes and that it is working with Walmart in an attempt to find out if any other inappropriate events occurred and to bolster its security measures.

While investigators do not believe there were any other incidents, they are requesting that anyone who believes they were a victim of Johnson call 911.