ALBANY, N.Y. (AP) – A woman who accused Gov. Andrew Cuomo of groping her breast at the governor’s state residence filed a criminal complaint against him, the Albany County Sheriff’s office said Friday.

The complaint, filed Thursday with the sheriff’s office, is the first known instance where a woman has made an official report with a law enforcement agency over alleged misconduct by Cuomo.

Albany County Sheriff Craig Apple told the New York Post that it is possible the Democratic governor could be arrested if investigators or the county district attorney determine he committed a crime.

“The end result could either be it sounds substantiated and an arrest is made and it would be up to the DA to prosecute the arrest,” he told the newspaper, which was the first to report on the complaint. “Just because of who it is we are not going to rush it or delay it,” Apple said. 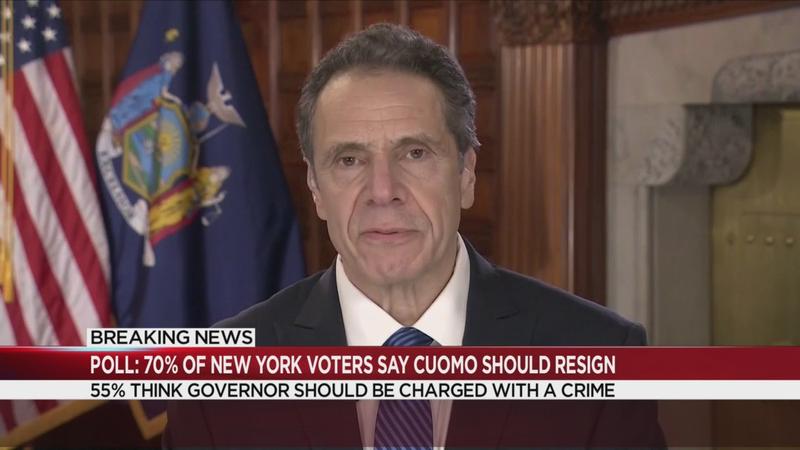 Apple didn’t immediately return a phone message from The Associated Press. His office confirmed to The AP that the report had been filed.

The Cuomo aide who filed the report has accused him of reaching under her shirt and fondling her when they were alone together at the Executive Mansion last year.

An independent investigation overseen by the state attorney general’s office this week found Cuomo sexually harassed 11 women and worked to retaliate against one of his accusers.

Prosecutors in several New York counties have said they are interested in investigating claims of inappropriate touching by Cuomo, but all had said they needed the women involved in the allegations to make a formal report.

The sheriff’s office didn’t immediately provide a copy of the complaint. A request for comment was sent to Cuomo’s lawyer, Rita Glavin.

The woman also told investigators with the attorney general’s office that Cuomo once rubbed her rear end while they were posing together for a photo.