Sheriff Baxter’s son deploys to Europe as a 2nd Lt.

ROCHESTER, N.Y. (WHEC) — One of Monroe County Sheriff Todd Baxter’s sons is deploying to Germany as a young lieutenant in three days.

The sheriff has spent 22 years in the army and three decades in law enforcement, but he told News10NBC that it’s a different feeling when your child goes into potential danger.

"As a parent, you never lose that feeling that you have to protect your kids," Baxter said.

Zachary Baxter was commissioned as a second lieutenant in the U.S. Army. He is just finishing his training and instead of taking a standard two-week break, he’s going to Germany this weekend.

Beginning to pack some of Zack’s belongings to take overseas. Among them these profound reading materials from his collection & a map he walked just a few years ago. God Bless. #ukraine#service #sacrifice pic.twitter.com/INWNtjBZhH

Brean: "Is part of your worry what’s going on in Ukraine?"

Sheriff Todd Baxter: "Well you know, when we talked about him joining the army we knew, I was very frank, I spent 22 years in the army, you go where Uncle Sam tells you to go and do what the commander in chief tells you to do and that always has a risk with it." 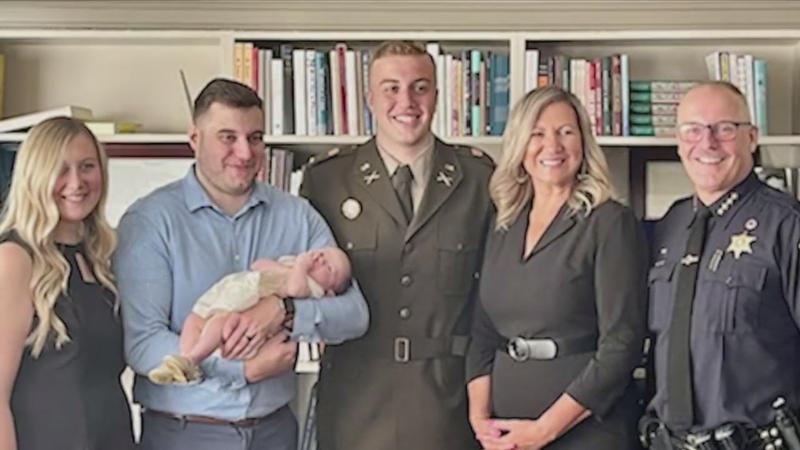 Lieutenant Baxter actually spent time in Ukraine two years ago during his training. His dad says he liked the country but could sense a Russian influence.

Brean: "Based on what I’ve read and I’ve heard the president say, it’s unlikely any American service members are going to go into Ukraine. But they could go into a NATO country. Is that a concern?"

Baxter: "Absolutely. The idea here is that it’s so unpredictable."

Baxter and his wife have been together for 40 years.

"She’s a trooper," Baxter said. ‘She’s lived her whole adult life with someone going into danger for a living. But when it’s your kid it’s a totally different world."

With 22 years in the army, I asked the sheriff what advice he’s going to give his son when he deploys.