Raymond Moody, a convicted sex offender who was arrested in Georgetown County for obstruction of justice last week, was charged with murder, kidnapping, and criminal sexual conduct in the first degree in the Drexel case.

News10NBC’s Brett Davidsen reported that it was Moody who led investigators to Drexel’s body after he was charged with obstruction of justice.

Just confirmed from the sheriff’s office that Raymond Moody did, indeed, confess to the murder of Brittanee Drexel and it was he who led investigators to her body after being held on an obstruction of justice charge. pic.twitter.com/4LeXcUyZIM

Moody Warrants by News10NBC on Scribd 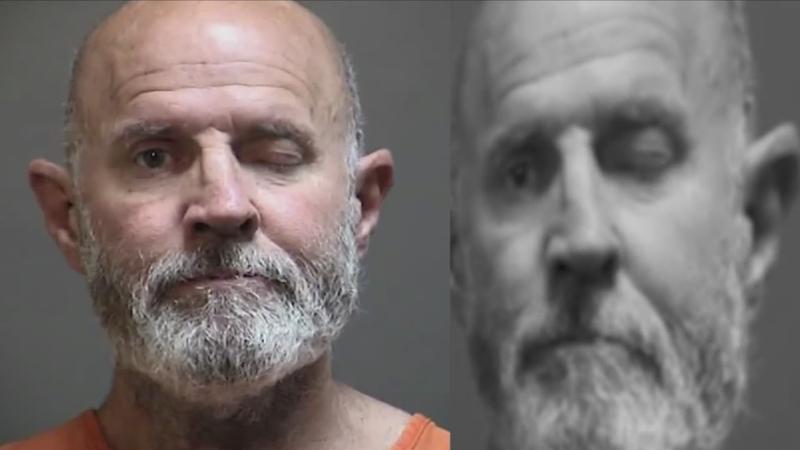 Moody, 62, was a target of the investigation going back to 2011 but wasn’t charged then.

Investigators say after revisiting the evidence, they were drawn back to this ex-con, who was living in Georgetown at the time of Brittanee’s disappearance.

"And obviously, justice is never going to be good enough," said Georgetown County Solicitor Jimmy Richardson. "That’s the fallacy in all of this, that somehow we’re going to do our very best to see that Raymond Moody pays for what he’s done here. But that is not going to replace Brittanee."

Drexel was last seen on April 25, 2009, while she was in Myrtle Beach, South Carolina on spring break. She was missing for 13 years before Georgetown County Sheriff Carter Weaver says investigators found her remains on May 11, 2022. She was identified by the Georgetown County Coroner’s Office by dental records.

The body of Brittanee Drexel was recovered on May 11th, 2022 about 33 miles from where she originally went missing. She was positively identified by dental records. @news10nbc

"Every police officer has that one case, that frequents their ever waking thought, that was this case for many of our officers" says the Myrtle Beach Police Chief as she extends her condolences to the Drexel Family. @news10nbc

Drexel’s remains were found in a gated private drive on the outskirts of Georgetown, South Carolina, about 33 miles away from where she was last seen.

Investigators did not reveal Monday how she crossed paths with Moody, but did reveal that she was strangled after being kidnapped and raped.

"Charges against Raymond Moody were made possible through investigative findings and evidence that led us to a possible site where Raymond Moody buried a deceased Brittanee Drexel on or about April 26, 2009," Weaver said.

Richardson is the lead prosecutor in the case, and he told our Myrtle Beach area affiliate, WMBF, that it was Moody who went to his attorney and then turned himself in.

"He basically turned himself in," Richardson said. "He went over to his lawyer’s office and from that point, he was taken into custody."

The sheriff said the motive is still unclear.

"The why may never be known or understood, but today this task force can confidently and without hesitation answer the rest of those questions along with the who is responsible," Weaver said.

Brittanee’s mother, Dawn Pleckan, and her father, Chad, thanked everyone for their support and said that the family will eventually hold a celebration of life in Rochester and in Myrtle Beach. News10NBC will share those details if the family wants the celebration to be public.

"I am mourning my beautiful daughter Brittanee as I have for the past 13 years," her mother Dawn says, "today marks the beginning of a new chapter."@news10nbc

"The FBI did an amazing job," Pleckan said. "It may have taken them a long time, but we are so glad that we can bring Brittanee home."

Brittanee’s father Chad starts with tears in his eyes, "having faith and hope are what’s going to guide us through the end result," he says of the legal process that will now begin against her alleged killed Raymond Moody. @news10nbc

The two asked for privacy at the press conference Monday as they come to terms with what they now know happened to their daughter.

"This is truly a mother’s worst nightmare, I am mourning my beautiful daughter, Brittanee, as I have been for 13 years but today it’s bittersweet," Pleckan said. "We are much closer to the closure and the peace that we have been desperately hoping for."

Chad Drexel agreed with the sentiment.

"It is bittersweet, we have the closure we wanted," he said. "Weighing this all out is tough on a dad, tough on a mother, but having faith and hope is what’s going to guide us through the end result because they still have work to do."

Pleckan added, "Today marks the beginning of a new chapter, the search for Brittanee is now a pursuit of Brittanee’s justice."

"Of course, we hoped for a different outcome, but at the same time, I find peace in knowing that she hasn’t been suffering all these years, but it’s still hard to know that someone so selfishly did something so awful to her," Fico said.

Fico said she’s sure of one thing.

"I want her to be remembered as someone who was courageous," she said. "Ya know, nobody will probably ever know what she went through but I know that she fought for life because I know how strong she was. I want her to be remembered as just spunky, she loved life and like I said earlier, she was just the light of the room every time she walked in it."

Moody is being held without bail at the Georgetown County Jail. The warrant for his arrest said Moody will make his initial court appearance in July.

His attorney did not respond to News10NBC’s messages requesting comments.

Watch the full press conference in the video in the player below (mobile users, click here):