Twenty-one days ago, the rules on segregation changed, and Thursday the changes prompted tweets from the Monroe County Sheriff’s Office that included videos of inmates attacking Monroe County jail deputies.

Those tweets and videos got News10NBC into the office of the jail’s supervisor.

One video from November 2021, shows a deputy attacked by an inmate.

Another video from the summer of 2019, shows an inmate attacking another deputy and then choking a second. 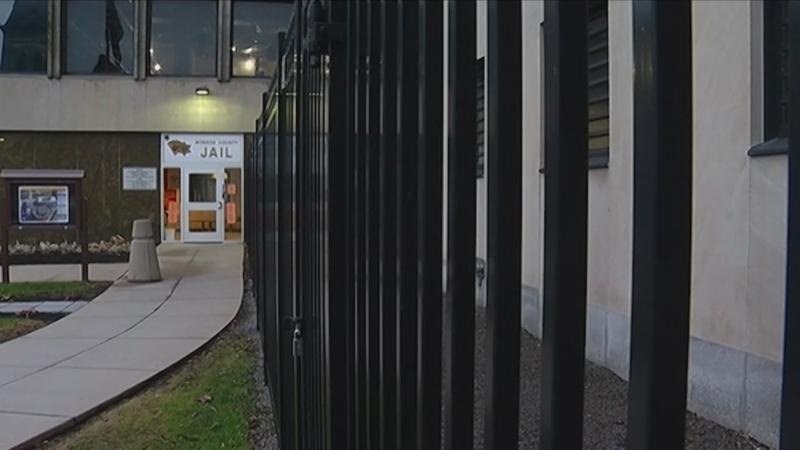 The HALT Act says these inmates could spend a maximum of 15 consecutive days in segregation and a total of 20 days over three months.

The sheriff’s office tweeted the cap "endangers our deputies and incarcerated individuals."

"Well if the person is continually committing violence against others, whether it’s staff or inmates that leaves us very little leeway to try to do something about that," Maj. James McGowan said.

Brean: "The law has been in effect for 21 days. Has anything bad happened in the past 21 days because of it?"

Brean: "So how do you know things need to change if it’s too soon to tell."

Maj. McGowan: "Well I can tell you—staffing, right away. So that immediately had an impact on us."

HALT was signed by Governor Cuomo last year and went into effect on April 1 this year. Along with the cap on days in segregation, it bans the practice for inmates under 21 and over 55, pregnant inmates or those who just gave birth and inmates with disabilities and chronic mental illness.

"Solitary confinement, it is torture. It does have significant psychological and physical impacts on people," said Jared Trujillo, policy counsel at NYCLU. "The HALT Act doesn’t end solitary but it limits it. It limits it within those ethical rules to ensure that people that are placed in solitary aren’t tortured."

In a report in October 2019, NYCLU wrote "In 2018, over 6,000 solitary confinement sanctions were served directly after a previous sanction, a practice known as "back-to-backs." The HALT Act would prevent a majority of back-to-backs by mandating a 20-day cap on solitary within any 60-day period. DOCCS’ proposal does not restrict consecutive sanctions, creating a loophole to its own time-cap."

The union that represents state prison guards says we’re on pace to set a record for assaults on guards this year. But the existing record was set last year under the old rules.

Senator Jeremy Cooney, a Democrat representing parts of Rochester, Greece and Brighton, who voted for the bill, said a section of the law allows jails to keep an inmate in solitary for a longer period of time if the inmate assaults someone, coerces another inmate to do it, starts a riot or tries escape.

Subdivision 6 of Section 137 of the HALT Act says "The department may place a person in segregated confinement beyond the limits of subparagraph (i) of this paragraph or in a residential rehabilitation unit only if, pursuant to an evidentiary hearing, it determines by written decision that the person committed one of the following acts and if the commissioner or his or her designee determines in writing based on specific objective criteria the acts were so heinous or destructive that placement of the individual in general population housing creates a significant risk of imminent serious physical injury to staff or other incarcerated persons, and creates an unreasonable risk to the security of the facility:

(B) compelling or attempting to compel another person, by force or threat of force, to engage in a sexual act;

(C) extorting another, by force or threat of force, for property or money;

(D) coercing another, by force or threat of force, to violate any rule;

(E) leading, organizing, inciting, or attempting to cause a riot, insurrection, or other similarly serious disturbance that results in the taking of a hostage, major property damage, or physical harm to another person;

(F) procuring deadly weapons or other dangerous contraband that poses a serious threat to the security of the institution; or

Sen. Cooney said he is unaware of any discussions in the state legislature about modifying the HALT Act, but he says he’s always interested in talking to law enforcement about their concerns.