ROCHESTER N.Y. (WHEC) — A man responsible for shooting a house on Stanfield Terrace has been arrested, and was found in possession of seven guns.

Shots were fired into a home with three people inside Sunday morning, Rochester Police Department said.

Tuesday, Police arrested the man responsible for that shooting.

At approximately 4:28 p.m. officers attempted to stop a vehicle on Portland Avenue that was operated by Marquis Hooks. Hooks refused to stop for the officers and was pursued to an address in the 100 block of Cinnabar Road in Irondequoit, where he was taken into custody and brought to the Monroe County Jail. 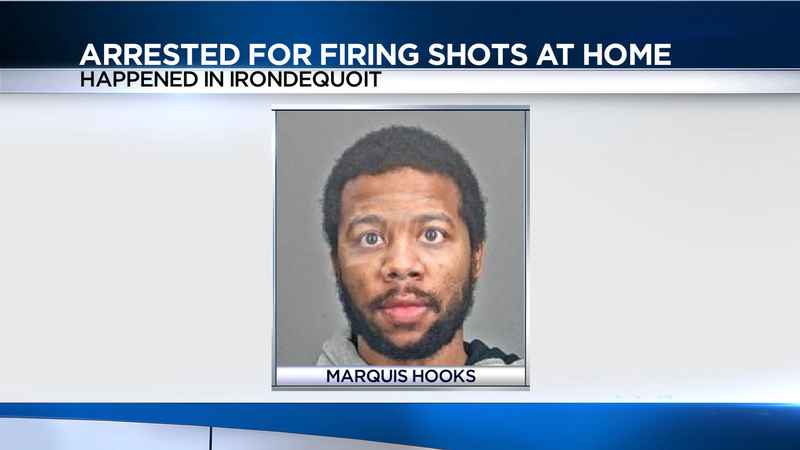 During the stop, a total of 7 firearms were recovered.

Hooks is expected to be arraigned Wednesday morning in Rochester City Court.

No one was injured in the shooting.