ROCHESTER, N.Y. (WHEC) — An armed carjacker stole a taxi early Thursday morning and led police on a chase before being arrested.

Rochester Police say just before 1 a.m. they were called to the 1400 block of Dewey Avenue for the report of a taxi driver being robbed at gunpoint. There was a struggle and the suspect fired a shot. The 33-year-old driver was not hit and not seriously injured, but his cab was stolen.

A short time later, RPD spotted the cab on Lake Avenue and started to pursue it before backing off for safety reasons as the stolen car was speeding.

A few minutes later, the stolen vehicle was spotted by Monroe County Sheriff’s Deputies on Brockport Spencerport Road in Sweden. The driver then drove off the road and began to run. Deputies caught up with him and turned him over to Rochester Police.

Devin Johnson, 33, is facing several charges, including robbery, reckless endangerment, criminal use of a firearm, criminal possession of a weapon and grand larceny. Police said he was in possession of a 9mm handgun that had been reported stolen from Florida. 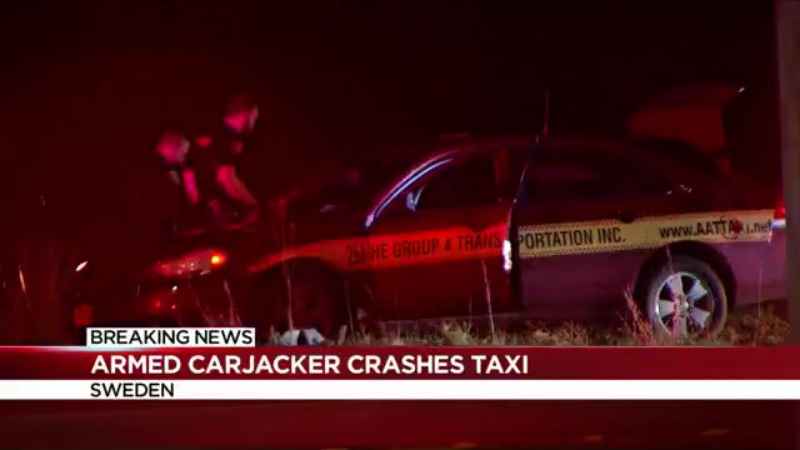 Johnson is expected to be arraigned Friday.