Solutions Journalism: Are ‘villages’ the future of elder care?

ROCHESTER, N.Y. (WHEC) — The first thing you notice when you meet Tim O’Neill is that his hazel eyes smile, forming warm half-moons just above the disposable mask the pandemic necessitates.

O’Neill is a retired superintendent of Tompkins Seneca Tioga BOCES, and he believes his volunteer work is not unlike the job that once paid his mortgage. Both allow him to touch lives in both small and extraordinarily meaningful ways.

He’s a volunteer driver and board member of The Canopy of Neighbors, a Buffalo-based non-profit that supports the elderly with everything from transportation to grocery shopping and technology services.

When asked why he volunteers O’ Neill said, “Knowing that you made a difference; knowing that you are supporting them [the elderly members of Canopy] in the life that they want to lead." 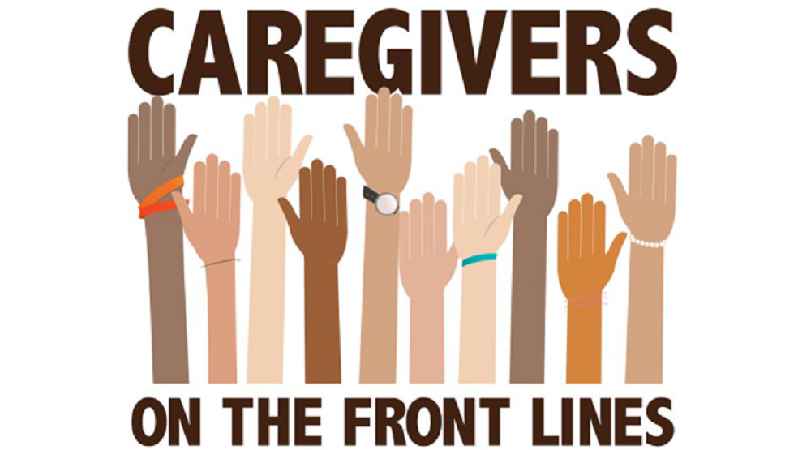 On this day, O’Neill is picking up Canopy member, Joe Scrivani, and driving him to a doctor’s appointment more than 30 miles away.

When O’Neill arrives at Scrivani’s downtown Buffalo apartment complex, he’s waiting outside, leaning heavily against a column. Scrivani suffers from a debilitating spine curvature, so O’Neill offers his arm, helping him shuffle the short distance to the back seat of his sedan.

Public transportation would require Scrivani to walk long distances, and a paid service would be cost-prohibitive, so Canopy’s volunteer drivers are key to his sustained independence.

"It means a lot because I haven’t been driving for about six years now," Scrivani said.

Leaders at Canopy insist the services it offers are essential to its 200 members in the Delaware District and Elmwood village near Buffalo’s downtown. They point to major societal changes that have created a need for more support for the elderly.

"There was a period of 20 to 30 years where people graduated from college and left to find jobs," said Sasha Yerkovich, Canopy’s executive director.

And their parents were left behind, a problem so prosaic it now has a name, elder orphans.

“It’s a very sad way to look at a phenomenon that is insidious in this country,” said Yerkovich.

The same phenomenon plagues the city of Rochester and Monroe County. A 2019 study by AARP and the think tank, Center for an Urban Future, indicates Rochester has a greater percentage of people over age 65 than any other city in New York state.

If, as Hubert Humphrey once said, the moral test of government is how it treats those at the twilight of life, elder advocates insist we must improve Western New York’s care of its oldest citizens.

That’s why News10NBC, the Democrat and Chronicle along with a collaborative team of eight other western New York media organizations have been investigating elder caregiving for months. But rather than just addressing the problem, the team has been seeking solutions.

Could non-profits like Canopy of Neighbors help alleviate some of Rochester’s eldercare challenges?

The leaders of Canopy say yes. The goal of their members is to be able to age in their homes, and the non-profit aims to do that by providing the kind of support needed to live on their own.

Yerkovich even acts as the healthcare proxy for some of the members.

The village concept began in Boston in 2002 when middle-aged neighbors decided to create a network of supportive services to allow them to age in their homes. The extraordinary success of Boston’s Beacon Hill Village gave birth to a movement, and today there are 350 villages across the country, 70 of which are in development with the guidance of the Village to Village Network, a national association that provides resources and best practices.

Many, like Canopy, have become non-profits that provide a lifeline of services.

Members of Canopy can call the office for help connecting with everyone from home health aides to home repair contractors. But the organization’s leaders say perhaps the greatest service is providing a wealth of social events.

So Canopy leaders believe their wealth of social gatherings improves the emotional as well as the physical health of their members.

"We have, for instance, a monthly luncheon. We have outings in the summer. We have lectures that feed the soul and the mind," Yerkovich said.

Yerkovich points to a light-drenched carpeted room which, she says, is perfect for Canopy’s yoga classes. Yerkovich insists all these events are helping the members live longer, richer lives. Canopy also provides transportation for all social events.

To assure members remain connected, Canopy’s staff assures each member gets a weekly phone call, and those calls are especially important now because many of their activities have either been postponed or reimagined during the pandemic.

Organizing, facilitating and overseeing Canopy’s operation takes money, some of which comes from dues. About half of Canopy’s members have an annual income of $39,000 or less so they pay $10 a month or $120 a year. Members who make more than $39,000 pay annual dues of $400 for individuals and $600 for couples.

"There is no village that sustains itself on dues,” Yerkovich said. "You cannot make enough from the people to keep your doors open."

That’s why foundation gifts, grants and community donations are crucial. They make up 80% of Canopy’s modest annual budget of $153,000. Dues are 17% and investment income is about 3%.

Most social events and programs are donated, so that accounts for only 10% of expenditures. Rent and operating expenses make up 20%. The largest portion, 70% funds the modest salaries of Canopy’s three part-time staff members.

But their work to recruit, train and screen volunteers, facilitate services and provide programming requires far more time than their part-time designation would imply.

Few would understand that more clearly than 78-year-old David Day of Rochester. He worked tirelessly to create a program for the elderly in the city’s Azalea neighborhood near Highland Park.

“Yeah, I just met them [neighbors] walking around,” he said gesturing toward the two-story homes on his quiet tree-lined street.

So, about 12 years ago, 25 neighbors crowded into David’s living room to discuss supporting each other as they aged. Their goal was three-fold. They wanted to provide transportation for neighbors, referrals for contractors as well as social and cultural events.

While David believes they did, to some degree, achieve all three goals, he fully acknowledges that providing transportation was their primary function. Everything was organized and facilitated by the neighbors themselves, just like more than a dozen other volunteer neighborhood-based transportation programs across the greater Rochester area.

He made the decision to disband the group a couple of years ago after the neighborhood demographics changed. Older neighbors moved out; young adults moved in, the need for the services diminished.

But when the Azalea neighbors created the organization, all decided against making their collection of volunteers a non-profit organization which would allow them to apply for grants, hire a staff and expand their services.

When asked why, Day said, "I don’t know who would have been willing to take on quite that level of legalistic, fiduciary, monetary responsibility."

And that’s the primary hurdle in replicating Canopy in Rochester. But the staff, volunteers, and members of the Buffalo-based non-profit believe the work is well worth it.

Canopy measures its success by its dramatic growth since its inception in 2011. It started by serving seniors in two zip codes. Today it has expanded to serve 200 members in seven ZIP codes. Last year, Canopy provided more than 4,000 rides, offered 225 hours of social programming and its volunteers logged 10,000 hours.

While Yerkovich hopes that one day the non-profit is embraced by a government or corporate partner, she marvels at the current support of individuals and foundations.

"To be embraced by a community who is giving and receiving creating critical relationships in times of need, imagine formalizing a relationship like that," Yerkovich said. "That’s what canopy has done.”