Some frontline healthcare workers left out of NYS bonuses

ROCHESTER, N.Y. (WHEC) — Some frontline healthcare workers are getting bonuses from New York State but others appear to have been left off the eligibility list and they’re not happy about it.

More than 2,400 medical residents and fellows have signed an open letter to the Governor, asking her to reconsider adding them to the list.

News10NBC Investigative Reporter Jennifer Lewke has been trying to get clear answers from the Governor’s office and the New York State Department of Health since the budget was signed 10 days ago.

Ninety-four job titles are listed in the budget document that would qualify for up to $3,000 in bonuses but medical residents and fellows, doctors who’ve been on the front lines through the pandemic, aren’t part of that list. According to their open letter to Gov. Kathy Hochul, most say they make between $60,000-$90,000 per year so they are well below the $125,000 cap on salary to otherwise qualify. 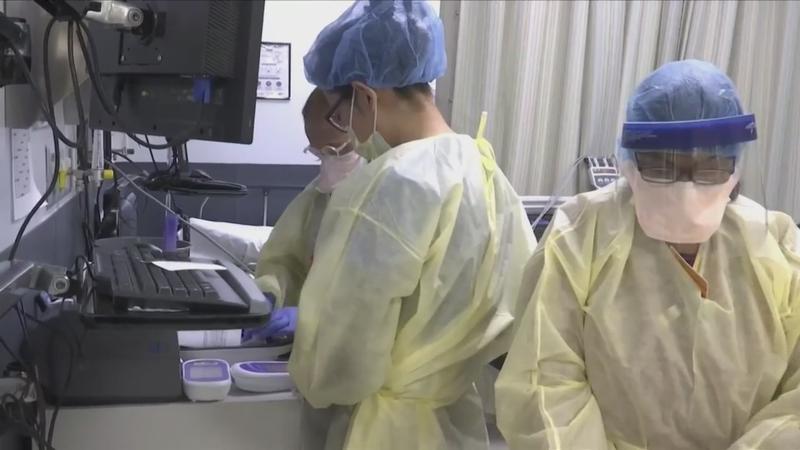 “They are on the front lines fully, they’re working so hard, they have huge caseloads, they are the ones managing things between advance care professionals, the nurses and those upper-level doctors,” explained NYS Sen. Jeremy Cooney (D, 56).

In addition to medical residents and fellows being left off the list, environmental service employees, the cleaners in hospitals and nursing homes aren’t listed, neither are food service employees; patient screeners and unit clerks are also upset they don’t appear to be included either.

“We have a health care shortage, not just of nursing staff and direct care professionals but also the people who are the backbone and the spine of the health care industry who do a lot of the ugly work that people don’t see until it’s not being done, like our custodial professionals, food staff, things like that,” said Assemblyman Josh Jensen (R, 134).

Since the bonuses are meant to help with retention, both Sen. Cooney and Assemblyman Jensen think they should be extended to those folks too.

“Whether you’re helping to clean the floors or whether you’re providing direct care to a patient, we want to make sure they are recognized for their service to our state,” Sen.Cooney said.

“There is a provision in the legislation that says the Commissioner of Health with approval by the Budget Director can add such titles as determined that are relevant so that’s where I think there is some ability for common sense,” Assemblymen Jensen said.

News10NBC Investigative Reporter Jennifer Lewke has asked the Governor’s office and the NYS Department of Health about the list, who is on it and whether some of the excluded positions can be included under the “other health care support workers” category, she has not gotten a direct answer.

Senator Cooney said he’s now running this up the chain too.

News10NBC will provide updates as they become available.