ROCHESTER, N.Y. (WHEC) – Equal Grounds coffee shop in the South Wedge is the latest business in Rochester to receive a homophobic letter sent anonymously through the mail.

The coffee shop is owned by Assemblyman Harry Bronson, and his husband John.

Bronson tells News10NBC they received a letter on Friday, one day after nearby Crisp Rochester Restaurant also received one in the mail. The hate speech in this letter is far stronger than the last.

"I’ve received these letters over the years on more times than I’d like to recount," said Assemblyman Harry Bronson (D-138th).

Both Bronson, and his husband John have owned their coffee shop located on South Avenue for well over a decade. 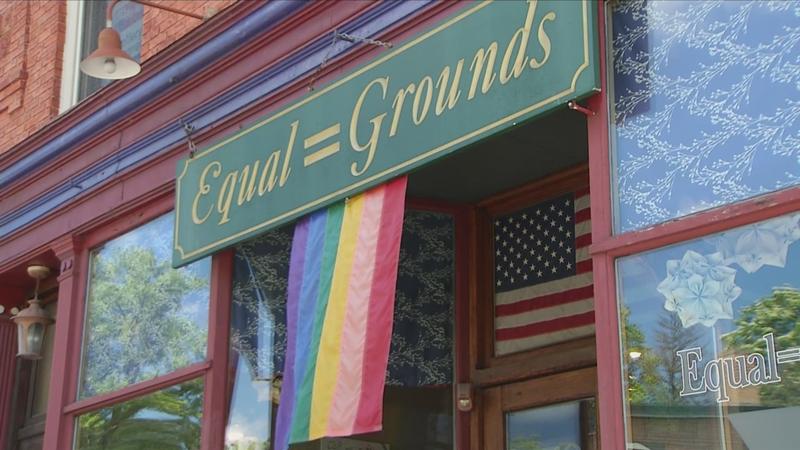 "It’s not the first time I’ve received that type of letter. In fact, I recognize that handwriting. I’ve received a lot worse I believe from that particular person, and so we’re going to meet hate with love," said Bronson.

News10NBC chose to cover several homophobic slurs contained in the one-page letter. The anonymous writer leaves nothing to the imagination.

"Using the phrase that gay-bashers should receive a medal of honor and that God hates queers, you know it’s alarming," said Bronson.

The month of June is celebrated as "Pride Month." Susanna Speed, Co-chair of the Roc Pride Collective says this makes her sad that things like this are still happening.

"It just reminds you that there’s still a lot of work to be done. It also reminds you that it’s important to continue to fight for folks to thrive, and just live day to day without these sorts of threats impeding your day," said Speed.

Both letters are being investigated by Rochester Police. Bronson also tells us that his staff has been urged to be more vigilant, and alert while they’re working at the shop.

Mayor Malik Evans gave this statement about the homophobic letter:

"The Rochester Police Department is working closely with these business owners to assess the threat, identify the instigators, and help protect the owners and their staffs.

The City of Rochester stands in full support with our residents, workers, and businesses in the face of this and other acts of discrimination and intolerance. Hate has no place in Rochester."