FAIRPORT, N.Y. (WHEC) — The civilian crew on a SpaceX rocket Friday posted their first photos from space and spoke from orbit.

For the first time in history, a rocket carrying an all-civilian crew blasted off into space Wednesday night for a 360 mile, three-day journey.

On the flight is Fairport native, Dr. Sian Proctor.

Dr. Proctor can be seen in the picture on the far right. She is one of four non-professional astronauts on the flight.


The crew of #Inspiration4 had an incredible first day in space! They’ve completed more than 15 orbits around planet Earth since liftoff and made full use of the Dragon cupola. pic.twitter.com/StK4BTWSA6

"Hey everyone, I have really enjoyed learning how to use markers in space. And so I’ve got these metallic markers right here," Proctor said as she demonstrated with the markers.

Since liftoff, the crew has completed more than 15 orbits around the earth and conducted several experiments. 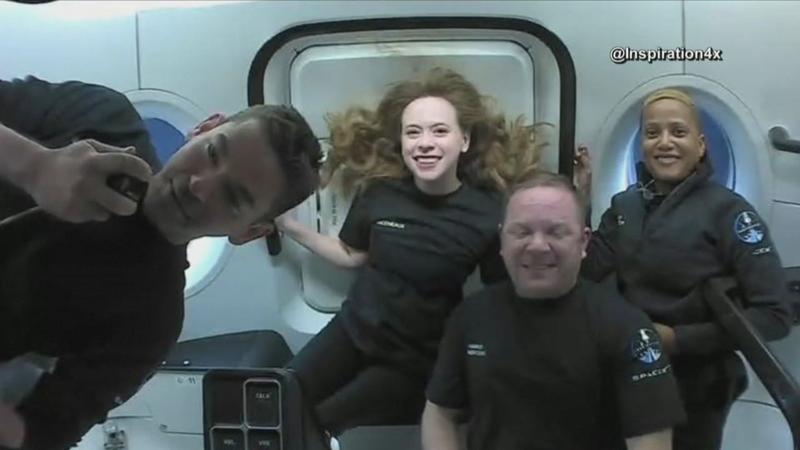 The crew is expected to bring their unprecedented mission to an end Saturday with a splashdown off the coast of Florida.