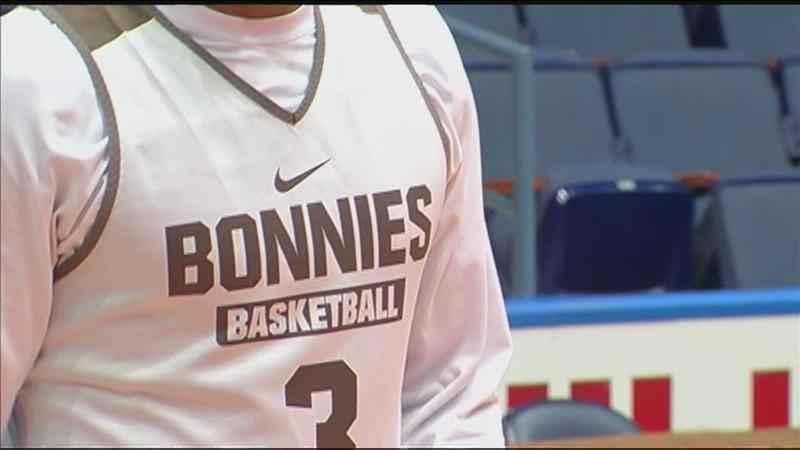 OLEAN, N.Y. (WHEC) — Kyle Lofton and Osun Osunniyi both entered their names into the transfer portal on Thursday, according to college basketball recruiting site Verbal Commits.

Lofton and Osunniyi are arguably the two biggest losses for the team. Lofton started in every single game he played since coming to Olean in 2018. Osunniyi was one of the top shot blockers in the country over the past couple of seasons, averaging 2.7 blocks per game for his career.

The mass exodus doesn’t all come as a complete surprise. Lofton, Holmes, Osunniyi, and Welch will all be graduate transfers, meaning their decisions point to a chance to play on a power conference team for their final seasons of college basketball.

Head coach Mark Schmidt guided the Bonnies to a 23-10 overall record which included a trip to the NIT semifinals where they lost to Xavier. Despite the good postseason finish, St. Bonaventure started the season as favorites to represent the Atlantic 10 in the NCAA Tournament. They were ranked as high as 16th in late November.

No explicit reasons were given for what’s now amounted to nine Bonnies players entering the portal. However, it does put the program in dire need to bringing in a few transfers to mend the loss. As of now, St. Bonaventure would struggle to field a legitimate lineup next season. They have brought in Saint Peter’s transfer Daryl Banks III and Holy Cross transfer Kyrell Luc.

The portal is a great chance for players to find a fresh start somewhere else, but in some cases like this, it puts a program in a tight spot. The Bonnies still have a few months to fill out a roster when the 2022-23 college basketball season tips off in early November.